What happens in Lockport... 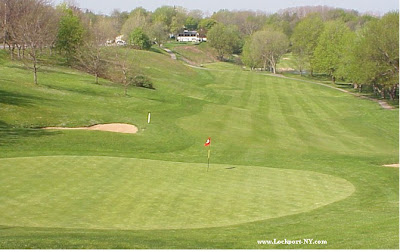 Good news! Remember all the letters I mailed at the hostile post office? They are arriving at their destinations! And lastnight when I was at the Lockport Town and Country Club, I felt my cell phone vibrating and later I listened to hear who it was. And it was this producer at Angel Records -- now EMI -- who had worked with Leonard Pennario on a number of his later albums.

This was one of the top people I had wanted to get a hold of!

It is especially great because Pennario just loved her. Which, he did not love everyone. I wrote in my letter to her how Pennario had respected her and I am so looking forward to hearing her recollections of working on those albums.

I am full of happiness and optimism.

The reason I was at the Lockport Town and Country Club was it was my Aunt Marie and Uncle Joe's 50th wedding anniversary. That is a view above as the Lockport Country Club as seen from the golf course. Here is another view.

So, lastnight. It was all so great. My cousin Caroline and I were hugging each other and saying we loved each other and asking each other's forgiveness for mean things we had said and done to each other when we were 16 and being forced to spend a summer in Chautauqua.

"Truce?" Caroline said after owning up to I do not remember what. And we were laughing and laughing.

Later my Uncle James and I were telling each other how much we loved each other. Remember my Uncle James from New Year's? Lastnight we were reminiscing about that day at St. Gerard's when he walked me down the aisle. That was five years ago! That is hard to believe. And Uncle James was kidding me about how I had been shaking.

Then he told me, "You are my daughter."

Ever since then I have been totally over the moon.

There was this spinet piano there next to the bar and all of us were playing. Howard played through almost all of the evening and he was awesome, and I mean awesome, in the real sense of the word. As in "Our God is an awesome God." That is how I say, Howard Goldman is an awesome pianist.

Everyone was coming up to me saying: "Having him playing totally changes the whole atmosphere!"

And I would take credit, as if I were the one doing the playing, and say, "Thank you."

Here is Howard working his magic. Guess whose glass of red wine that is sitting on the piano? One hint: It is not his! 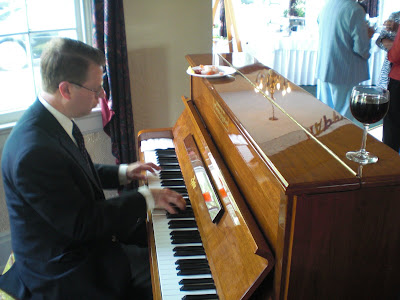 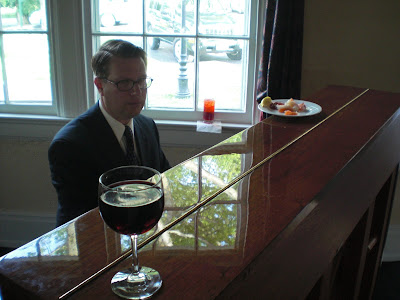 My brother Tony played medleys from "The Sound of Music" and his specialty which is "Camelot." He sounded terrific.

But my brother George was the one who soared like an eagle!

It came time for the highlight of the night, which was my Uncle Joe and Aunt Marie slow-dancing to "Moonlight Serenade." Whenever we have a family gathering like this, Glenn Miller ... 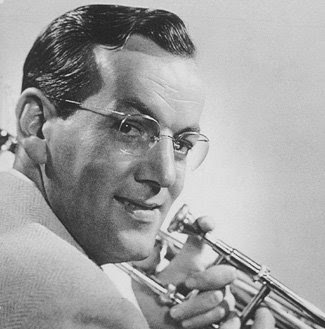 Anyway, a hush fell over the room as Aunt Marie and Uncle Joe danced alone on the floor, and emotions ran high because this was the very room where they had had their wedding reception, 50 years to the day before.

And I am getting weepy with everyone else. Then I thought: Who is playing the piano?

And it was George!

Totally competent, with a steady beat, so you could dance comfortably to it!

I honestly could not believe it. I was so in awe. Well, I had to snap out of it pretty darn quick because Caroline and Alan, her husband, were on their way to the dance floor to join in the official dance. As they disappeared Alan said over his shoulder at us: "You had better join us."

Which we did. After "Moonlight Serenade" George went into something in 4/4 time so we were all waltzing to that and cracking up.

I was a big hit because I was wearing my Steve Cichon glasses.

Howard, were you wearing that Pennario shirt again as well? :)

Wow! What an evening!

That wine glass on the piano puzzles me a bit though. It looks more like a bucket! Oh my goodness.