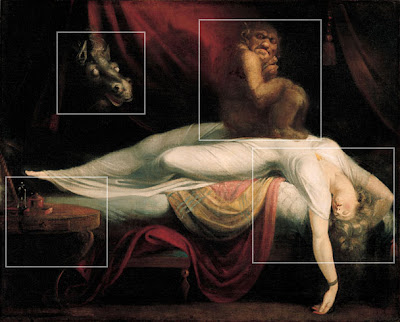 Ay me! That is a Shakespearean expression we do not use nearly enough.

I had such bad dreams lastnight! Above is a photo Howard took of me having my bad dreams. It was not fun!

Whenever I have bad dreams like this there is an investigation. I go down this checklist. So that is what I did this morning when at 6 a.m. I got up stressed and depressed.

I did! And Hannity was doing what he always does, which is go on in that high, crying voice of his about how the country is going to pot. Which it is! Hannity is right!

Plus I saw something upsetting lastnight on my way to see Jackie Jocko. There was this black smoke over downtown. Later I learned it was a recycling warehouse burning.

Whoever guessed there would be a site called "firegeezer?" Ay me.

Both these things, Hannity and the warehouse, conspired to give me the dreams I had last night, which were about terrorism.

I was dreaming there were these big chemical factories in Buffalo and they were on fire and before long, the city was just total chaos. And zut alors, in the confusion I lost my purse. That is always an element of dreams like this. I am always becoming separated from my car or my purse. Clearly both have developed great meaning in my subconscious.

Well, I found my purse in my dream and ay me! The money was still in it! But nothing else went right. There was smoke everywhere and guards and people with machine guns. I was trying to look after my mother. I did not know what had happened to Howard. And here is something funny: In the middle of the dream I was remembering Leonard Pennario. I was thinking, Leonard did the right thing, checking out before all this mess. I am glad he got to die in his bed. That is what I was thinking.

Talk about feeling as if you got hit by a truck!

I go downstairs, dying to do just one thing, push that button on the coffee pot.

But first I get to the front door. And there is this big thump!

What in the world? Half asleep, I just stood there in my nightgown, stunned. 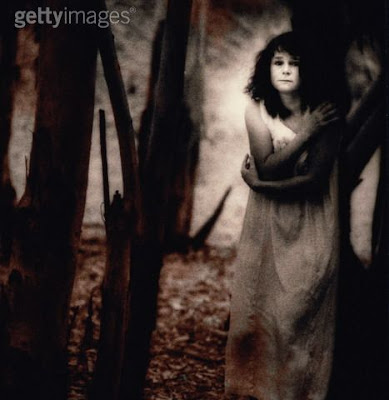 I could still see those chemical plants with the smoke pouring from them and all I could think was I was under attack.

Then out the front window I see this car pulling out of the driveway. It was the paper carrier pulling out in what Howard always calls the divorce car. Howard says that the adults who deliver the paper are divorced guys who are pushed to have to do this.

The thump was my paper landing on the step.

Then I pick up the paper and the first thing I see is this.

Why did the alarm go off at 6 AM on Saturday? That in itself is nightmare inducing.

Carlo Rossi's Burgundy Wine will perk you right up & not to worry about having bad dreams... after, most likely you won't recall much of anything. LOL.