Midnight at the DMV 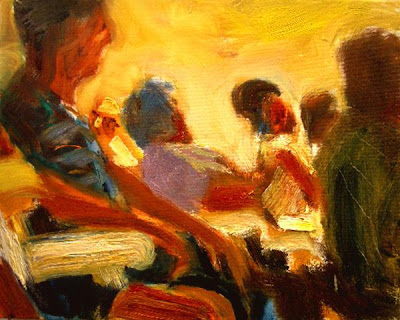 I am late checking in because number one I was at the dentist. Remember when I decided my dentist appointment could be postponed, so I postponed it? Today the bond came due and I had to go. Ow!

Number two I went to renew my driver's license because it is expiring. What an adventure that was!

I went to the Tonawanda DMV and the line was long and everyone was talking. Did you know that the DMV inspires artists? Above is a fine-art print I found titled "Waiting at the DMV."

Here is a DMV cartoon. 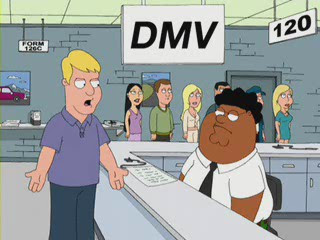 And here is a DMV drawing. 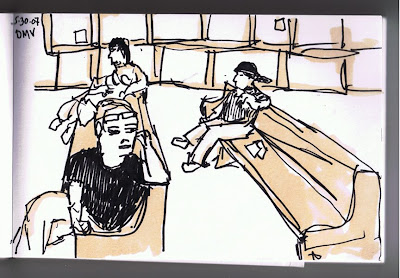 What if Leonard Pennario had written "Midnight at the DMV" instead of "Midnight on the Cliffs"? That is something to think about.

I started thinking about that when I heard the woman behind me in line say to someone that she had been to the DMV a few days earlier. "I got there at noon," I heard her say. "I was there for four hours and I never did make it through."

Then I got worried! But after a half hour or so we did reach the head of the line. As we finally rounded the corner into the office behind the frosted glass window, the woman behind me started laughing. "I'm excited," she said. "Isn't that stupid? But this is exciting, finally getting here."

From then on once I had gotten past the slug at the reception desk, everything went pretty smoothly. When I got my picture taken everyone was smiling at me because of my braces. The woman who took the picture was consoling me and saying you could hardly see them.

Only one thing did not go smoothly.

I had dreams of getting a New York State Enhanced Driver's License for my very own but alas and alack, you know you will always be missing something, and in my case I was missing my Social Security Card. Before facing the DMV I went by the Social Security office naively thinking I could get a new card because I had all the stuff, but of course they have to mail it to you, and of course it takes a week.

What if I have to go to Canada again?

What if I want to go see Massey Hall ... 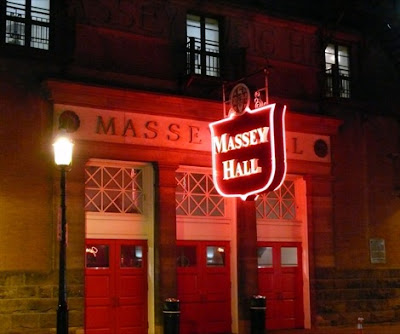 ... where Leonard Pennario played the Rach 3, the Proky 3 and, just for the heck of it, the Beethoven First? Remember that? That was just about a month ago that concert came to light. How is that for a quick month?

What if I want to stay at the Skyline Inn? 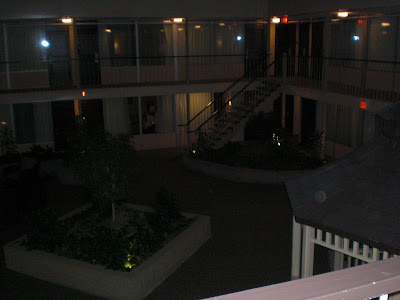 On the positive side, I did manage to change my name to Goldman. Until now I had not done that because my license had not expired. So there is that anyway.

Plus I wrote a chapter of my book in my head, waiting for the line to move.

BTW, I might be good material for a DMV worker. Why? Because I do not 'get' the cartoon. Wait! Maybe I do. Is it that the 'slug' is doing nothing while the line is long? Bet that is it.

Your DMV must be different than the ones here in VA. Why? Because here, they are ALL lazy, rude, inconsiderate, incompetant, mean, sadistic, egotistical, etc. slugs!

Larry, Tell us how you really feel!

See, that's what I love about this web log, it's an escape from popular culture. Nobody knows that the cartoon pictured is actually a scene from "Family Guy." This particular scene is where "Nate invents the Department of Motor Vehicles to get back at the white man."

Ah! Thanks, Ryan. Had I been familiar with 'Family Guy', I would have seen that, I suppose. :)

I have a feeling, just a hunch, that the author of this web log is not very familiar with "Family Guy" either.