I cover the waterfront, 2 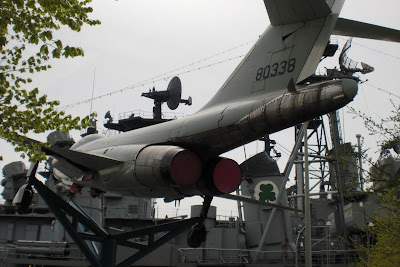 I am sorry but there is too much military stuff on our waterfront.

Nothing against our military. I respect our military beyond measure. I cannot say that strongly enough. Right now I am looking at a coffee cup that was Leonard Pennario's. It has his name on it and it says: "Freedom Is Not Free."

Pennario was in the army during World War II and he earned three Bronze Stars.

But World War II was not a pretty war and the stuff they used in it was not pretty and I want to remember our veterans but I do not want this equipment lying all over our waterfront. There is too much of it!

Note to out-of-towners: This is what our waterfront looks like. 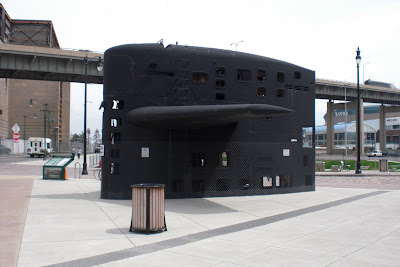 We wound up with this helicopter. 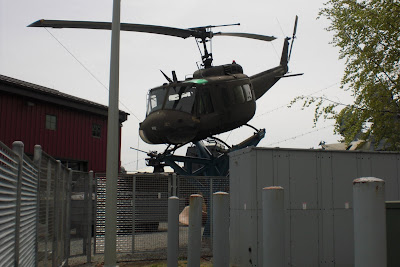 There is this airplane too kicking around. 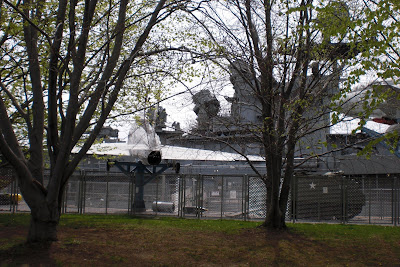 I think all the other cities in the country must be unable to believe their luck. "You know all that Army stuff lying around? The stuff we were afraid to throw out?" someone is telling them. "They collect that stuff in Buffalo! Just send it over there, man! They put it up on their waterfront!" 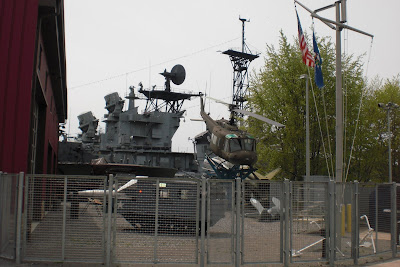 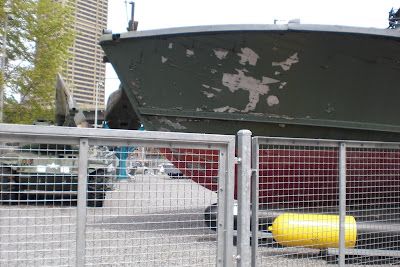 What about J. Lo? 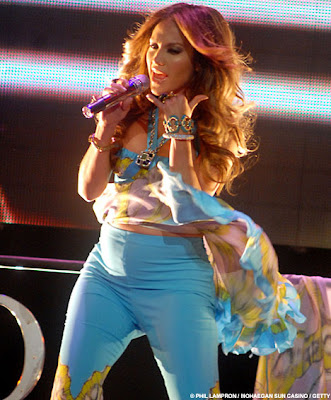 Again I respect our military. I am eternally grateful to them for their sacrifices. I have always supported the Iraq War.

I am just saying, could other cities share the responsibility of storing this stuff?

Your military stuff is impressive but it pales in light of what we are used to seeing here in Norfolk, VA. The skies are full of thundering jets practicing while the rivers and bay are full of war ships. Gotta love it!

You be greatful when those Canadian's make a run for our boarder.

I think there should be a memorial to all those who have given their lives in the pursuit of peace & justice to balance out the artillery on the waterfront. 'Blessed are the Peacemakers.' Folks like Gandhi, ML King Jr., Mother Theresa, Jimmy Carter, etc. I too am grateful for all our troops have done to protect us, but why do we mark our history by wars instead of by accomplishments of peace and beauty?

Yo Mark, grant me permission to remark on your comment: Has anyone ever tangled with the notion that these military parks and museums exist not to glorify our history at war, but to remind us of how devastating these hulking weapons of war can be. When I venture into a Holocaust museum or display, I am overwhelmed with the fact that humans ... Read Moreactually did these kind of things to other humans. I don't suggest to the curators to hide that stuff away in closets.....

If you want a testament to "peace and beauty," take a drive through the mountains of West Virginia, or stand on a hill top in our Adirondacks, or admire the deep blue sky that's over your head near White Sands New Mexico, or sit on the ledge at MLK park in Buffalo and watch the families grilling, hugging and laughing together on a summer Sunday afternoon.

I am thankful that in America we have always had men and women willing to join and pick up arms to defend us and these beautiful places I speak of.

Gentlemen, gentlemen! ... Bob, I admire our military no end. And I admire your conservative sentiments!! I just do not think our waterfront is the place for these "hulking weapons of war" (great phrase!). I cannot get to the mountains of W. Va. or the blue sky of New Mexico every day. The Buffalo waterfront is what I see and I wish it were prettier!

I love Sinatra's version best, but the song ironically first appeared as an instrumental in the movie of the same name.

I saw a tank on the 134 freeway this weekend, right at the interchange with the 5. Yes, it was on the back of a semi but it was still an unusual site. I imagine that the walls of the freeway would block the view of the semi and people looking on would just see the tank barreling down the highway.

Mark, that tank was probably on its way to Buffalo!