The garage sale that ate my life 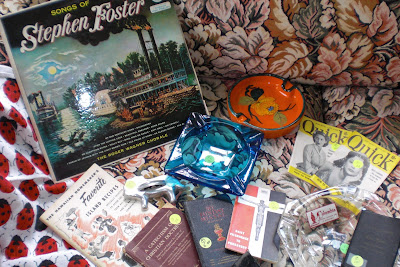 This morning at 9 a.m. sharp I went to the Buffalo area's largest garage sale, on Oakgrove in Williamsville. If you have not gone yet, go. There is good stuff!

We do not know for sure that this is the Buffalo area's largest garage sale. But it has to be. It is held every year. There are thousands of items. And some things in the garage never move from one year to the next.

The garage sale is held by people named Hinz which I get a kick out of because my name is Kunz. And there is a saying in Germany that goes "jeder Hinz und Kunz" which means "every Tom, Dick and Harry."

What about Harry James? 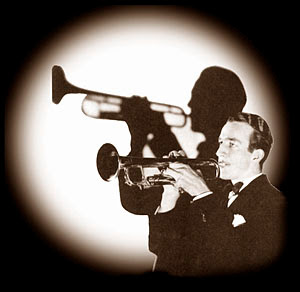 Leonard Pennario had his picture taken with him but some things, I am sorry, will have to wait for the book.

My friend Anne from work met me at Buffalo's Largest Garage Sale and we went systematically through the whole thing, marveling at the bounty. Among things we saw with our own eyes were untouched control top hose from the 1970s, a set of 78s with Lotte Lehmann singing Schubert's "Die Winterreise" and a gallery of unknown past people's First Communion pictures.

I bought a lion cookie cutter. Our friend Jim Lion helps with this garage sale and the cookie cutter was his. And I bought four ashtrays for Howard including this dandy stand-up model. 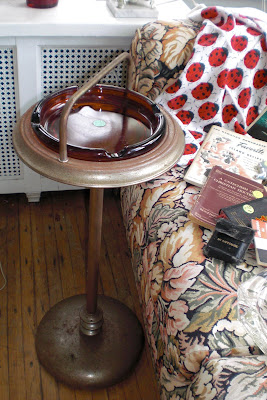 I found a genuine Baltimore Catechism, 1941 edition. It is all penciled up by someone who checked off the prayers as she learned them, one by one. I know it is a she because her name is in the book. Her name is Isabel Newell. As in Newell Beach, though I prefer the name Nussbaumer.

In addition I found a Latin-English missal so I can keep it in the car for emergencies, if I forget the one I normally bring to church. This also belonged to Isabel Newell and the Hinzes hit me up for $5 for it. For a quarter, I scored a booklet called "Daily Pilgrimage to Purgatory." It is copyright 1936. Also, I bought an ancient mini-prayer book that fits into a tiny leather case. That was $1. I will be styling at the Latin Mass!

Here is a closeup of all my Catholic purchases. 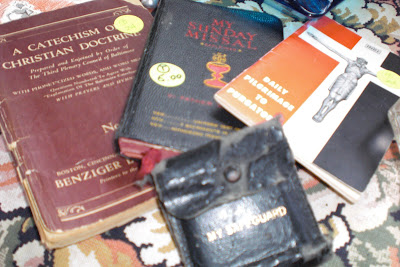 And this is exciting: As a bonus they threw in "The Hawaiian Homemaker's Favorite Island Recipes, Specially Selected To Offer The Best From All Islands and Racial Communities." That is a real find! It is copyright 1956 by Tongg Publishing Company.

Plus I got a dish towel made in Ireland with pictures of ladybugs for 50 cents.

Norm Hinz was manning the checkout table. He is 76 years old but you would never know that to look at him. What I loved was how he painstakingly wrote down everything we bought, in neat handwriting. For instance, one thing I bought was a Capitol LP of Stephen Foster songs. My dad had this record and when we were kids he played it a lot. Norm Hinz wrote down on his pad: "Stephen Foster LP record."

Here is one of my favorite songs by Stephen Foster.

I forgot also to say I found two Quick magazines. A long time ago there was a magazine called Quick and it sold for a dime. The June 19, 1950 issue has a cover with: "How To Guard Against Polio" and "Hedy Lamarr: She Learned to Say No." Hedy Lamarr learned to say no because of the nude scenes in the movie "Ecstasy." It is a devastating story! 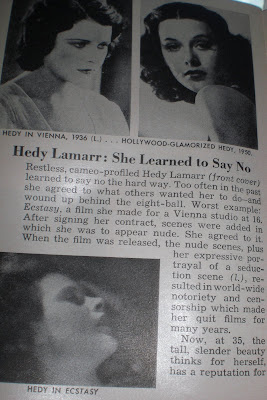 I love that cutline: "Hedy in Ecstasy." That is what we call captions in the newspaper business: cutlines.

What about How To Survive a Big Garage Sale? I guess I failed that test!

I bought so much that when I was through, Mrs. Hinz came out of the house in her bathrobe to say hello to me. That never happens with other customers!

I told Mrs. Hinz I would be back next year.

Wow, thanks for the vintage ashtray. Can't wait to see it in person!

What an awesome day you had, Mary. Great blog!

That ashtray is really nice. Although I do not smoke, I would love to find one of those. They were a part of my youth.

And you really know about banjos? Amazing!

You may have seen my wife and daughter there (but of course you wouldn't know them by sight).

I am laughing and laughing at everyone scrutinizing my purchases. I don't know what is more fun, buying this items or bragging about them!

As a worker helping out my folks this year, I got the treat of meeting you and Anne - two fellow lovers of a cheap thrill! Thanks for the good visit at 119. Oh, the all the purchases too! Lisa Hinz

Lisa Hinz, what an honor hearing from you! Somehow I missed your comment when you commented. I'm enjoying the Stephen Foster record I bought at your sale. Looking forward to next year!