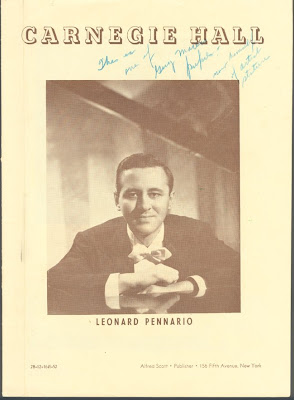 In these tough economic times I have decided that it is time to acquaint myself with two appliances I bought last summer at garage sales: the pasta machine and the bread machine. Both of them were brand new when I bought them and still in their boxes with the little twist tie around the electrical cords. The fact that the previous owners never used them might have deterred a less determined shopper. But it did not deter me!

My friend Peggy asked me yesterday: "Are you sure you weren't born in the Great Depression?"

Of course here it is months later and the two appliances are still brand new and in their boxes with the little twist tie around the cord. But it is time I removed those twist ties and plugged those babies in and got them going. I am tired of paying a lot of money for whole wheat pasta.

And I love baking my own bread but some days like today when I have to run into the office there is simply not time.

What is it about whole-wheat pasta and bread that makes them so expensive to buy? Those are two mysteries of the supermarket.

Here are other mysteries.

Why have the prices of dried beans and split peas gone totally through the roof? Split peas used to be 49 cents a pound and the price has tripled. Whereas chicken, say, has gone up only slightly. I am just saying.

Why are cone-shaped coffee filters three times more expensive than basket-shaped? They are still just pieces of paper.

Why was Ron Moss kicked out of Budwey's yesterday? Oh, wait, we know the answer to that one. Because a woman complained that his pants were ripped! That is an unholy story and not one that can be told at this time.

Here is one other supermarket mystery. Last month or around then, I got talking with my brother George about this old Moody Blues song "Your Wildest Dreams." George and I can occupy ourselves for hours talking about songs we remember from the radio. And in the case of "Your Wildest Dreams" we remembered the video, too. You saw the guy from the Moody Blues waxing nostalgic about an old girlfriend of his, and she comes to a concert and tries to see him backstage, but he is swamped by fans, and she can only see him from afar as he is swept helplessly away.

We kept laughing about that video and that song. And here is what is really funny: I had not heard it in forever and then I went into Budwey's the next day and there it was, playing. I remember standing in front of the sweet potatoes thinking, I cannot believe this!

Remember that cousin of Leonard Pennario's I talked to, who went and heard him at his debut at Carnegie Hall with the New York Philharmonic? I did not tell the whole story back when I wrote about it but it was something of a "Your Wildest Dreams" situation. When I think of the song now I think of her experience.

That program above is of a later concert Pennario gave at Carnegie Hall, not the "Your Wildest Dreams" concert.

Wow, how did I wind up at Carnegie Hall? I started out talking about bread machines.

What about the band Bread?

Less demand for whole wheat pasta, whole grain bread. Can't be mass produced like the regular junk (which makes that stuff cheaper to make, cheaper cost to you)
You will find that making it yourself is not a whole lot cheaper, if at all, than buying it. But there is always that sense of accomplishment. I haven't used my bread maker in a while, but the pasta maker does see daylight on rare occasions

Actual bread machine story: my only one.

I received such a device for Christmas one year, and it sat in our closet, unused for quite a while.

Then, I was sending instant messages to a former intern with the Sabres, who wrote, "Gotta go to the mall and buy a break machine."

We completed the business transaction in about 20 seconds.