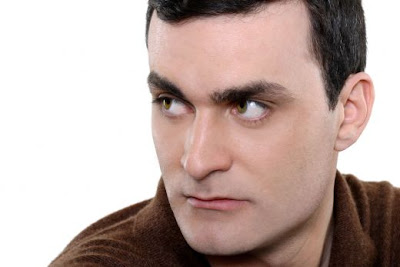 My blog buddy Ivan Ilic is coming to visit! He is the concert pianist who lives in Paris and, miraculously, stumbled on my Leonard Pennario blog and, even more miraculously, read it. One morning, remember, when I was still in my pajamas, he called me to talk about Godowsky. It took me a while that morning to wake up to the fact that here I was not even on my second cup of coffee and a pianist I did not know had called me out of the blue. From Bordeaux, France! To talk about Godowsky!

That is Ivan Ilic in the picture above. Since our talk on the phone he has become my Facebook friend and now he is part of Howard's and my life the way our friends here in Buffalo are. He is going to be giving a recital Feb. 19 in Toronto's Glenn Gould Studio. And he and his Toronto manager are going to be coming down to Buffalo and Howard and I are going to go out with them and talk about Godowsky and life.

Here is a picture of the pianist Leopold Godowsky. 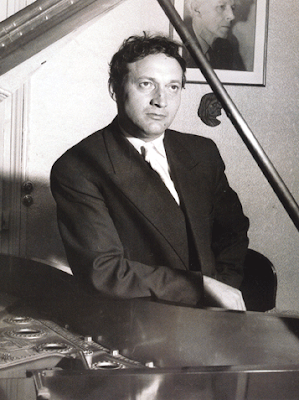 1.) Pennario, naturally. He was in his pajamas a lot when I would go over to see him. In fact I inherited his pajamas. I am wearing his bathrobe right now. And often when he called me I would be in my pajamas so that counts too. When I was in my pajamas I would tell him. We had a kind of joke about that.

It is wonderful to look at pictures of the incomparable Leonard Pennario and here is one I could look at all day. 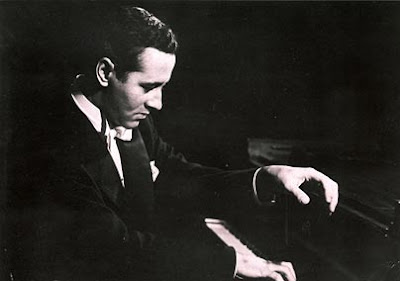 2.) Gil Shaham, the violinist. I had to call him not long ago at my job at The Buffalo News and his publicist had set us up to talk at the unholy hour of 5 p.m. Who in the world can talk at 5 p.m.? You're tired, you're hungry, you're crabby, you are thinking about that glass of Bordeaux. I could not deal with that time and as it turned out Gil -- I started out Mr. Shaham-ing him but he let me call him Gil -- could not handle it either. He and his wife were having some kind of problem with the babysitter canceling, something like that.

So we made plans to talk at the far more decent hour of 10 p.m. By that time I had had a glass of wine and I was, you guessed it, in my pajamas! Although unlike with Pennario, I did not tell Gil Shaham that.

Here is a picture of Gil Shaham. You can see he is a laid-back kind of guy. 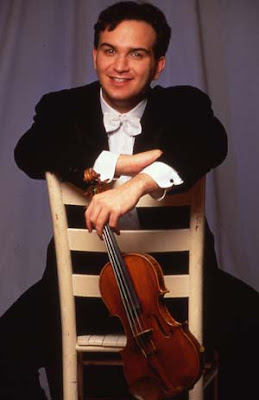 3.) Seymour Lipkin. I mentioned him the other day. He had been at Tanglewood the same summer as Pennario which is why I called him. He had been studying conducting then and had conducted Pennario in the Prokofiev Third. Pennario was 25. That must have been something and judging from the clippings I have dug up, it was. Anyway, Mr. Lipkin was a delight to talk to. And let me tell you, I really loved my life, sitting there in my pajamas on a Saturday morning telling Seymour Lipkin how I admired his Beethoven. All these unexpected pleasures have come out of this book.

Here is a a sweet picture of Seymour Lipkin who was so nice to me. 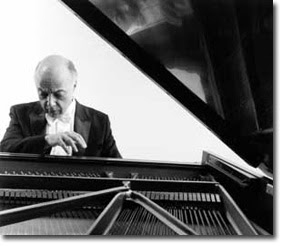 4.) Jimmy McGriff, the great jazz organist. Yes, one jazz musician does make it onto this list! I talked to him a long time ago for the Niagara Gazette. I worked nights back then on the city copy desk and I was always out all night anyway and I had totally forgotten I had this interview to do.

On the appointed morning I awoke and that was when it dawned on me. "Jimmy McGriff!!" I gasped out loud. Back then I lived by myself in this huge turn-of-the-last-century apartment on West Delavan Avenue and I slept on this futon and when I remembered Jimmy McGriff I literally rolled off the futon onto the floor. The phone was right there on the floor so before I even had my eyes open, while I was still wrapped in my quilt and IN MY PAJAMAS, I called Jimmy McGriff. I wonder if I still have that story around anywhere. I would love to see how it turned out.

Here is a picture of the great Mr. McGriff. 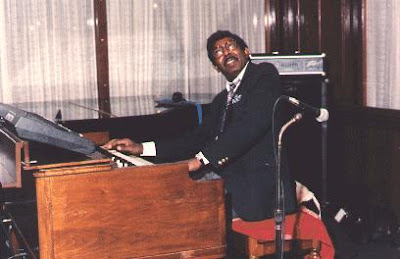 What about Dr. Lonnie Smith? 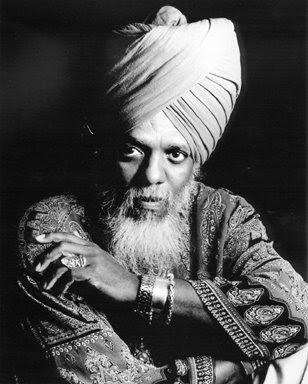 He looks as if he is in his pajamas!

Dr. Lonnie Smith is another great jazz organist and he is from Niagara Falls. I had the privilege of interviewing him a couple of times but I do not remember that either time was in my pajamas.

Jimmy is another artist who recorded for Capitol Records.

For those of us who get up at 10 a.m., and start work at 5 p.m., interviewing in the late afternoon seems more than natural.

And who is this guy Matt Lauer, anyway? Never seen him.

When you speak to Mr. Ilic about Godowsky you should ask him what he knows about his daughter Dagmar who made several silent films and then went on to write a memoire in which she claimed to have slept with everyone in Hollywood. Men and women alike! I met her in New York City many years ago at one of Frances Gershwyn's birthday parties for her dead brother, George. Dagmar, even in her dotage was a hell of a lot more interesting than Leopold ever was!

The person in that picture is NOT Godowsky.....

That is Georges Cziffra, Hungarian pianist.