A river runs through it 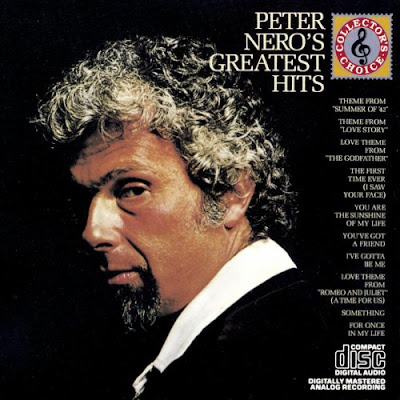 Summer has sneaked up on me and now it is like being on a different planet.

Don't ask me why, but I have this refrigerator in my basement. Yesterday, I went down there to get my laundry and there's this funny smell. The fridge has spewed all this water all over the floor. Ugh! Double ugh! You have to wade through it to get to the washing machine.

What in the world?? Why do I even have this fridge? I should get rid of it. I have dim recollections of my sister Katie's husband David moving it in once upon a time. Typical Buffalo transaction: "We found this fridge somewhere, it works, do you want it?" "Sure, OK." Now it's here, it's queer, get used to it.

My saga with this fridge has not been easy. Once I had electricians here updating electrical outlets and stuff. I guess they did some good, but one thing they did that was not good was they unplugged this fridge, and they never plugged it back in, and at the time I was keeping stuff in the freezer, so... you guessed it, yecch. Double yecch! That was one of those times that when I discovered the problem, I just grimly started cleaning up. I read in the paper today about that Grand Island couple who used to own a restaurant in New Orleans and had to clean it up after Katrina. And I thought: I know what they're talking about!

Another story involving this fridge dates to our October Surprise storm. I was taking stuff out of it, trying to figure out what could be saved, and I was doing this by candlelight, because we had no power for a week. In the middle of this task my cell phone rang. (My land line was out, too.) And it was this pianist on the phone, Peter Nero. He had been at the Buffalo Philharmonic Orchestra and I had written something about him.

The funny thing was, I am not exactly friends with Mr. Nero. It was not as if I was used to him calling me on my cell. He must have gotten my cell number from the BPO. Which was fine, but it was also surreal, to be standing there in this unbelievable situation, like out of a Hitchcock movie, trying to light candles and salvage food and suddenly saying, "Oh, Mr. Nero, hello."

"It's Peter," Mr. Nero said. He is an extremely nice man as well as a fine pianist. "How are you?" he asked.

Any Buffalonian knows we get situations here you cannot put into words. So I didn't try.

But I appreciated the weirdness of the situation. We went on talking, and it turned out that Peter Nero wanted my OK to include part of what I had written in an ad he was running. I said sure. As we talked, I came up from the basement and began roaming around the house, taking care of business. Howard and I were staying at his garage in Black Rock, so I was trying to find clothes I could wear the next day. I was putting candles into the front window in hopes that the house would look occupied and no one would break in. I was trying to find flashlights and matches. And all this time I was gabbing with Peter Nero, talking about concerts, this and that -- I told you he was a nice guy. I never mentioned the storm. I didn't know where to start. 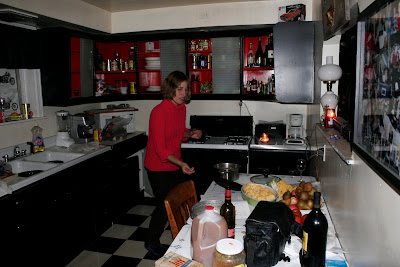 Howard's garage bunker during the "October surprise" blackout.
All this drama, and I never would have started remembering it today were it not for my basement fridge!

Maybe I should keep it after all.
Posted by Mary Kunz Goldman on June 11, 2008

Hi Mary, if you and Howard can make it, we're having a Wine Fest at the terminal on Sat. June 28th. Should be fun!