I cover the waterfront 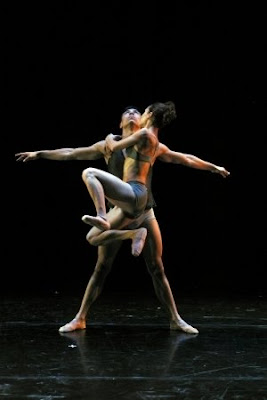 Joe. (honest)
Yikes! I am posting so late today! Thanks, everyone, for not giving up on me. I have a confession to make. I went to the beach.

I have been working and working and working on my book and it has occurred to me recently that I am missing the seasons. I was in California over Christmas and it was 75 degrees and sunny. That is not good for a person. Next, when I came home, I worked on the book all through spring. The tulips came up and I did not even notice.

So today I was sitting there working on my chapter about Leonard Pennario in Tanglewood and my friend Gary called me and said if I wanted to go to Sunset Bay he would pick me up in 15 minutes. I had all this work to do. I was going to finish the Tanglewood chapter and start a new chapter and use the Internet to track down two more musicians I wanted to find to talk to for the book. Then I was going to go run some errands, mostly to buy oatmeal for Howard and spray for the apple tree.

That was something like one o'clock. Now it is after nine. The whole day, shot, because I was lying around on the beach drinking gin and tonics and watching my fellow beachgoers having chicken fights. And glorying in my tan. I have the best tan, from going so much to San Diego.

While I was at the beach I got into an argument with Gary's and my friend Joe over Barack Obama. I know you're not supposed to talk politics but sometimes I can't help it.

Joe loves Obama. "I've read all his books," he said.

And Joe gave me a title, something about... about... I forget what. If the book had been about a concert pianist, I would remember it. But it wasn't.

I told Joe that the campaign would be really interesting because I am sure, as Howard is too, that either some weird thing is going to come out about Barack Obama, or else Michelle Obama is going to say something or do something to blow it. That woman is clearly an accident waiting to happen. As was Teresa Heinz Kerry. Remember her? She was always playing with her hair and looking and acting crazy. I sense Michelle Obama is the same way.

Joe and I were able to go back and forth about this for about a minute and a half before we decided we had better buy each other another drink and drop the subject. I am used to that. That is life as a conservative in Buffalo.

But really, I know Michelle Obama is going to blow it.

I wish I could buy her a gin and tonic, just to get her going.
Posted by Mary Kunz Goldman on June 08, 2008

Email ThisBlogThis!Share to TwitterShare to FacebookShare to Pinterest
Labels: Dance

Come on Mary. Everybody knows that Obama wrote The Audacity Of Hope.

Unfortunately for Obama, his nut-job reverend gave him the title.

Now you can't help thinking, "The audacity to use a line from a guy who turned against you."

What a pathetic existence, waiting for the beautiful mother of 2 lovely little girls to make some silly mistake so you can destroy her character.