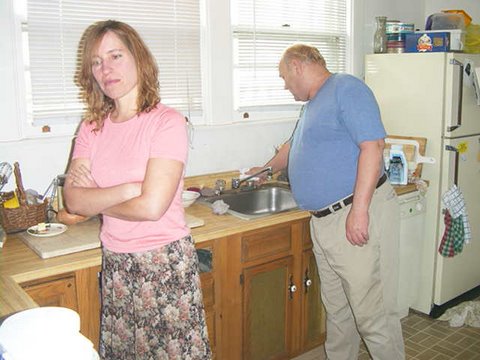 Mary ponders what to wear as fashion director Larry HUSSEIN Solomon offers suggestions.
Writing the authorized biography of Leonard Pennario is easy next to figuring out what to wear.

What do you do when it's spring and it's chilly? I refuse to wear any more tights. I refuse. I have worn them for months and they made me look skinny, but enough is enough and now it is time for sandals. It's May, for heaven's sake. It was chillier than this in San Diego when I was there last winter. And I clung to my summer clothes anyway because darn it, I was in Southern California, and it's not as if I was in Buffalo, right? Pennario teased me about that. He called me "Little Miss Hot Stuff from Buffalo." He is from Buffalo too, of course, but he has been in California all these years so his blood has thinned.

So yesterday, there I was, running around downtown Buffalo in black sandals. Skirt, short-sleeved top, little jacket. That was all I wore. OK, I was a little bit chilly. But shivering felt better than cracking out those tights again. Or pantyhose. I hate pantyhose. Just the word!

And who passes me on the sidewalk but a woman dressed as if it were November. She had on jeans, and a parka -- a parka! With the hood up! And gloves! It was as if we were from different planets.