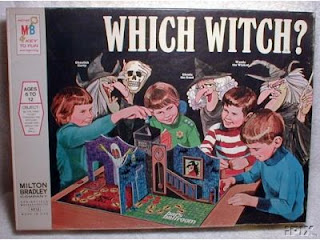 Fox News gets weird on the weekends. They like to replay loops of stories the rest of the world has forgotten, like the one about that party girl who disappeared in Aruba. I think that story is still going.

But lastnight's story was the best.

"Missing Witch," the screen blared. It seems a witch had vanished into thin air and we were supposed to call a phone number if we had seen her.

Howard said: "Maybe she was experimenting with spells. Was there a cat around? Was there a toad?"

Maybe she is one of the ducks asleep in the swimming pool next door to us!

I had just been thinking about the occult because one woman I had to get in touch with for my book on Leonard Pennario is this English socialite who is the daughter of a woman LP took out once, and ... oh, it's a long story. My point is, this socialite was quoted in some newspaper as saying she has a magic nightstand. It is covered with crystals and talismans and tarot cards (which always gave me the creeps). She studied tarot cards with a witch in London. Which (witch) seems to me not only an indication that she has too much time on her hands, but also an invitation to trouble. Hello! Stay away from witches! Didn't you learn anything from reading Grimms' Fairy Tales?

The fact that my path has crossed this woman's is typical of the way in witch writing about a great concert pianist has made my life richer. OK, I will stop the which/witch business, before someone puts a hex on me.

Meanwhile, I will keep watch for this missing witch.

Why is it such a surprise when a witch disappears? Isn't that what you expect them to do?
Posted by Mary Kunz Goldman on April 19, 2008