Midnight at the Hyatt 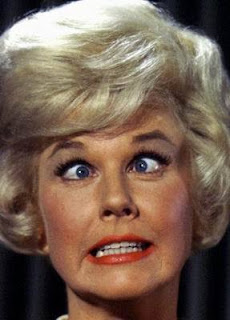 Last night I went down to the Hyatt and heard Jackie Jocko. Howard went too. Erna Eaton was there. We did much discussing about the state of the world and, as usual, the old songs.

Jocko met Leonard Pennario when LP was in town in October. When Pennario came into the Hyatt, Jocko serenaded him with "Midnight on the Cliffs," which Pennario wrote when he was 17 and giving a recital in Newport, R.I. He couldn't sleep that night so he ended up wandering on the beach with some friends of his and that is when he came up with the idea for this big, romantic piece of music. Later it was used as the theme for the Doris Day movie "Julie," which starred LP's buddy Louis Jourdan (pictured below from LP's private photo collection) as a murderous concert pianist. 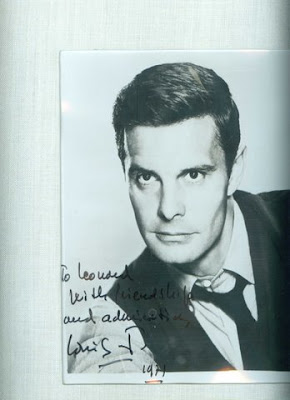