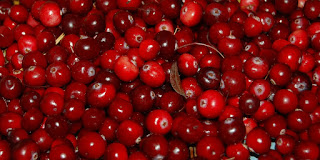 I have been hosting the family Thanksgiving for a long time. There were only two years in maybe the last 20 that I did not hold it. One was because I was in California with Leonard Pennario and the other was... I do not remember what the situation was but my sister Katie held it instead. I remember there was a reason for that but I do not remember what that reason was.

There was one Thanksgiving before I was married when a storm blew in and I was not sure if anyone would make it. Buffalo has a way with storms.. we tend to get them on holidays, Thanksgiving and, especially, Christmas Eve. This Thanksgiving storm was a bad storm and my sister Katie and her family were coming in from East Aurora. Ah, single life! I remember dressing for dinner, putting on a nice dress, thinking: I might be eating this 24-pound turkey all by my own damn self! And I am OK with that, I thought as I opened a bottle of wine.

However everyone made it! That is Buffalo.

Our Thanksgivings are always chaotic but I look forward to them and I love preparing for them. I love this time of year, the promise of Advent and Christmas, the early darkness.

I love planning the Thanksgiving menu. I like how it is traditional it is, how simple, how cheap. Turkeys are cheap. The supermarkets practically give them away. Pies are cheap, even if you buy a pre-made crust. I personally am making mine with lard. But that is another story for another day.

Potatoes are cheap and so is squash and cranberry sauce and pretty much everything else. It really is, when you get down to it, what might at one time have been considered a simple Sunday dinner.

Over years of subscribing to cooking magazines I have been happy to see that efforts to chip away at the Thanksgiving tradition have failed. Thanksgiving is always under attack. An old Cooking Light suggested beef tenderloin (very expensive by the way) replacing the turkey. Other cooking writers can't wait to tell you they really don't like turkey that much (I love it!) and why don't you roast something else instead?

But the turkey is here to stay. And so is the cranberry sauce. With which, my first Thanksgiving recipe for this year's feast:

It is in the oven as we speak.

We are off and running!
Posted by Mary Kunz Goldman on November 23, 2019

Email ThisBlogThis!Share to TwitterShare to FacebookShare to Pinterest
Labels: Thanksgiving