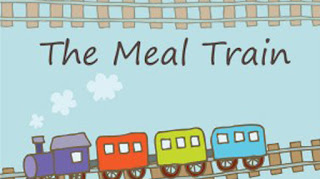 Yesterday talking about the first Sunday of Advent, I mentioned briefly that I was in the meal train for the priests at our church.

The meal train! That is a term I just picked up today. Someone was setting up a meal train for someone on Facebook. You bring meals to that person. I signed right up, I will tell you that. Because now that I am in the, ahem, meal train for St. Anthony's, I am realizing I need more practice.

I have been learning how to freeze things with the help of this 1960s booklet I picked up at Amvets, "Facts About Food Freezing." That is it pictured below! Still it is strange how your cooking mojo can desert you. 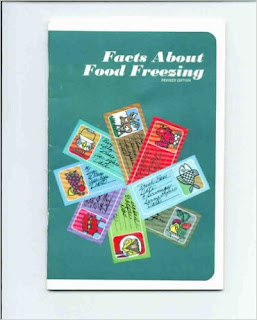 Normally I cook pretty well -- that is, when I am under no pressure. The minute I am under pressure things change.

Remember the time I keep alluding to when I did pot roast for Leonard Pennario? It was good. But not as good as it would have been had I been making it just for myself.

Thanksgiving also does not bring out the best in me. A recipe I've done a million times will take a different direction.

And so this meal train.

Piously I froze one soup. The lid of the container, which was new may I add, somehow got loose in the freezer.

"No!" I said. "No!" But it was so. Then there was the matter of this other soup. I put in some lemon pepper and it became too lemony. This never happens to me! I was so mad I threw out the lemon pepper. I froze the soup and hoped it wasn't too bad. With Thanksgiving I was running out of time.

Later I got on Google and looked up: "Too much lemon." Someone suggested baking soda. "Not too much or it will taste soapy." I tried a little bit, a half teaspoon or so, on my remaining soup and... it worked! So there, I have learned a kitchen hack. I got the other container of soup out of the freezer and poured it out and heated it up and added baking soda and as I stirred it I thought:

What in the world???

Son of a sea cook, all these extra steps!

It all ended pretty well, considering.

But again, what in the world?? I cook all the time and suddenly this.

The meal train ran me over!