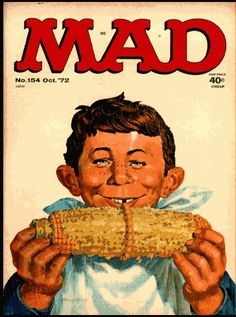 All I know about Cosell is what was in my older brother Tony's Mad magazines!

With which, I went looking on Google for Mad magazine stuff on Howard Cosell, so I could splash it up on Daryle's Facebook wall and annoy him, as he was in the middle of a serious discussion. I found examples of what I was looking for. Memory served me, as it always does when it comes to trivia and useless stuff. But alas and son of a sea cook, I could not find any imagery big enough to blow up and show off.

However. I found all other kinds of classic stuff. Such as the corny cover up above. I was describing this cover to Howard the other day because he eats corn really neatly, every single kernel just so. This is my Howard, Howard Goldman, we are talking about here. Not Howard Cosell! I do not know how he ate corn.

Continuing down our Mad memory lane... I found stuff I had never seen before. Like this: 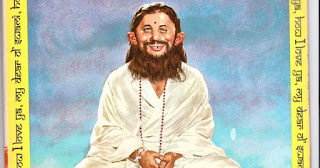 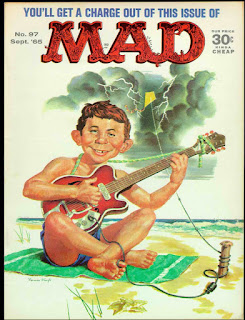 Where else would you be seeing this stuff? Nowhere, that's where.

You forget that before Kennedy was assassinated he was the target of humor. 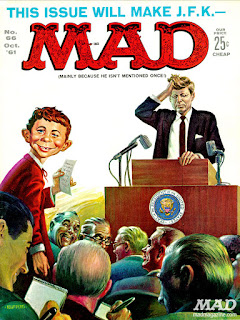 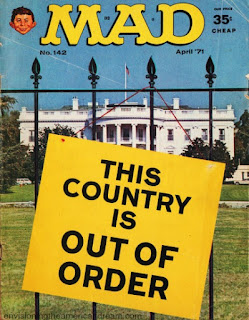 This is amazing. Perhaps my favorite of the lot. 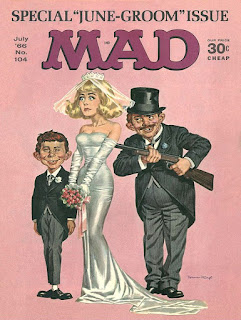 Ha, ha! This is the great thing about writing on a Web log every day. You do not need anything earth shattering to warrant writing about. You can just put what is in your head. And today Mad magazine was in my head, thanks to my friend Daryle and his mention of Howard Cosell.

Click on any of these to study them in detail.

Yes! I want to. (I follow about 12 Bloggers but you are the only one I read regularly. Why is that?)

I live to be your muse!