A tale of two sales 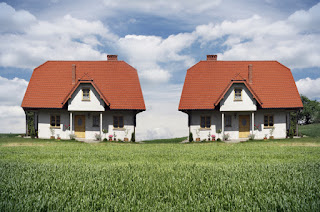 Lizzie and I went yesterday to two estate sales that are worth noting because of the way they are alike and at the same time different.

You know how you can tell from the sale what kind of person or persons lived there?

One sale, the occupant or occupants were clearly Scotch/Irish and very proud of it. There were CDs of Scotch/Irish music and Presbyterian hymnals and Scottish books and cookbooks.

The other sale, the folks were German and very proud of it. There were tons of books in German as well as German records and dishes and beer paraphernalia and tons of German Christmas stuff.

Lizzie and I were laughing about this coincidence later because as it happens her ancestors are Scots/Irish and mine are German. So there was one garage sale for her and one for me. Also, this is funny, but if you crossed these garage sales you would get Donald Trump. He is half German and half Scottish. I am just saying. If you wonder why he gets looks like this ... 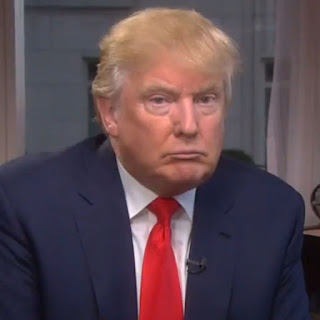 ... that is why. It comes from having the two most stubborn ethnic backgrounds imaginable.

One nice thing about both sales is that they both hovered this side of kitsch. Both the households occasionally indulged in frivolous things but there was tons of classical music and tons of books. Smart people with a sense of humor, is what I would guess.

At the Scottish sale Lizzie bought a Scottish cookbook and I scored a CD of Thomas Hampson singing songs by Stephen Foster. I have always wanted this recording! But it was on Angel, Leonard Pennario's label too, and it was too expensive. Or I was too cheap, you take your pick. Anyway, when I got home I listened to it.

I liked these Scots/Irish people for recognizing that Stephen Foster was one of them. He was Irish. More importantly they recognized his greatness. That is an appreciation I picked up from my father. Sometimes of an evening when I was 14 or 15 my dad and I would get together and I would play the accompaniment and he would sing songs like "Beautiful Dreamer."

I also picked up a second copy of a book of Stephen Foster songs that I own and love. And a book on Chopin. I will get to that.

At the German sale I forget what Lizzie bought but it was something. I got some German Christmas albums and Buffalo China bowls.

Two households, both alike in dignity! As Shakespeare would say.

We are the richer for having visited!
Posted by Mary Kunz Goldman on February 21, 2016

Scots are people, Scotch is whiskey. Scots like Scotch.

Bonnie, haha! We had a nun at Sacred Heart who used to always say, "Well, see, I'm Scotch." That's how I got it in my head. I like Scotch too!