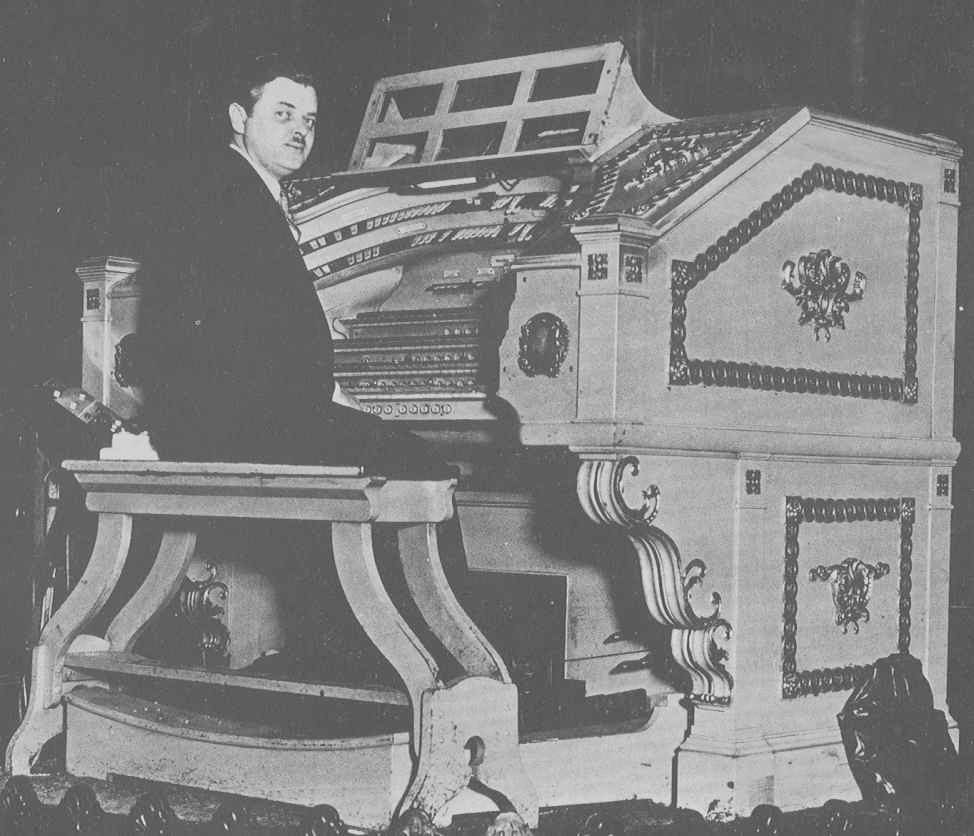 My life being this chaos, today I was weeding through stuff trying to think what I can throw out to make room, eventually, for the Christmas tree. My Cat Jeoffry was following me around looking alarmed. Nothing ever gets thrown out in this house!

And so far it looks as if not a lot will this time around, either. For instance I found these four albums by, and I quote, "Jesse Crawford Organ and Chimes."

That is Jesse Crawford up above. Is anyone else lucky enough to have these? I have four. I must have inherited them from some friend. And I think I have overlooked them until now. What I have been missing! These are great.

Jesse Crawford was born in 1895 and his mother put him in an orphanage because she was so poor. From those down-home beginnings came greatness. He taught himself music and became the Leonard Pennario of silent movie organists, playing on the Mighty Wurlitzer at New York's Paramount Theater.

What else can I tell you about Jesse Crawford?  He was the most popular organist of the early 20th century and listening to him you can tell why.

He is married four times which sounds about par for a celebrated theater organist.

As usual the most comprehensive biography of Jesse Crawford may be found at Find a Grave. Oh, how sweet... someone left a message on the page saying: "You must be playing on that grand organ in heaven, for all the angels to sing."

He is also playing in my living room, for Jeoffry and me. He is a great organist. So creative. Often he sees a Christmas carol totally different from how you see it.

The chimes are played by someone called Botticelli. That sounds like another story for another day.