A historic choice for the Buffalo Mass Mob 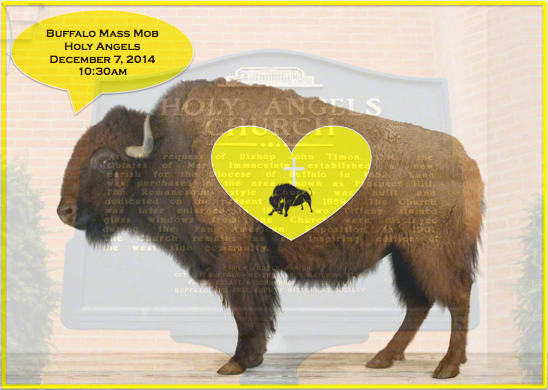 It is exciting that the Buffalo Mass Mob is going to be mobbing Holy Angels. At 10:30 a.m. Dec. 7. I just marked my calendar.

I assume Holy Angels was chosen because it was Leonard Pennario's parish when he was a boy, up until when his family moved to Los Angeles. Hmmm, that is something. He went from Holy Angels to The Angels! Anyway Holy Angels was where he started to play the piano, because the nun who taught his kindergarten class saw how gifted he was. And when he was 19 and appeared with the New York Philharmonic at Carnegie Hall, that nun was there!

So there is that. And I have my family connection too. In the 1940s and '50s and '60s, my Great Uncle Andrew was pastor of Holy Angels. There is a portrait of him in the social hall.

Here is a picture of the inside of the church. 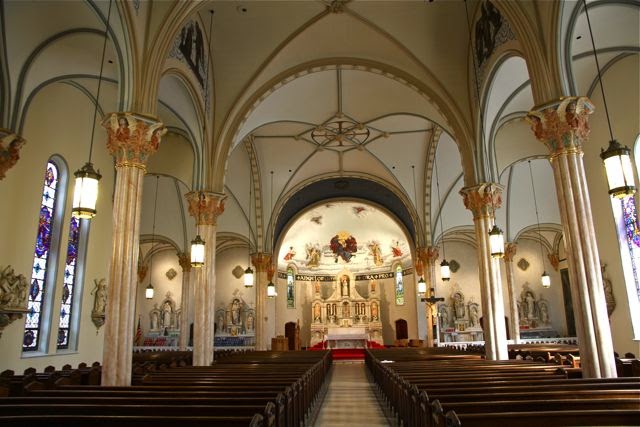 I think Holy Angels was part of how Pennario and I became friends. The first time we talked on the phone, we talked about the church and got it sorted out, our family connections with Holy Angels and who was pastor when. When Pennario was there the pastor was Father Stanton.

One more thing about Holy Angels, as I just wrote on the Mass Mob Facebook page, it is the only church I have ever encountered that has heated seats. There are radiators under the pews! At least there were last time I checked. I hope they are still there.

We could use them this winter!