Adventure at the vet 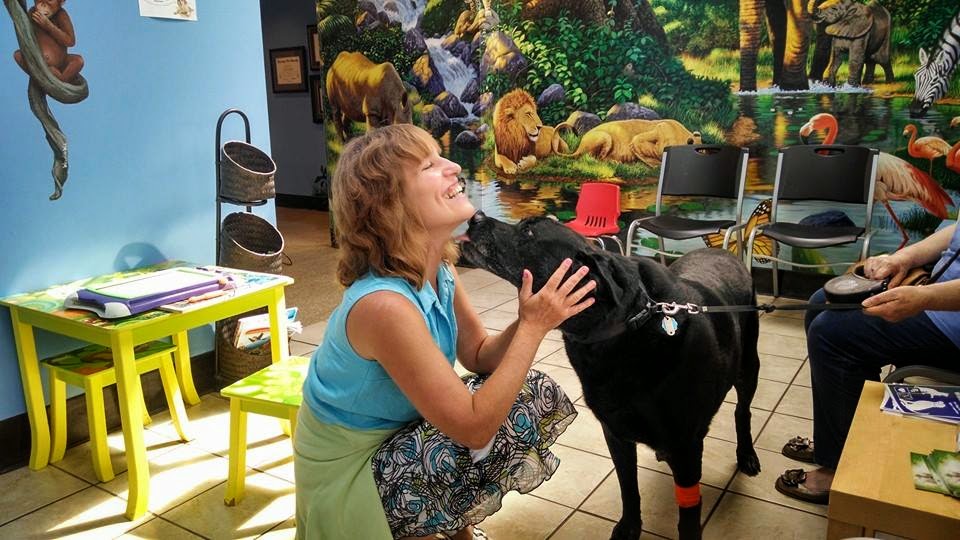 Today Howard took me to the vet! Well, me and the cat. Which, by the way, I was able to mention the cat in the paper. It is news!

In the waiting room it was like "All Creatures Great and Small." The small was our sweet tabby and the great was a gigantic Labrador. He was named Diesel and he was like a zoo animal. Howard snapped the above picture of me and my new friend Diesel.

Here is a selfie Howard took of himself and the cat. 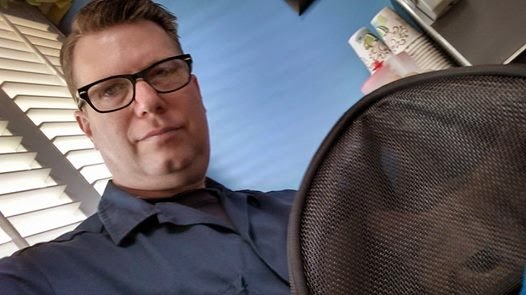 What a joyous day this was. Our orange tabby was pronounced very healthy! And he has a microchip proclaiming that he is ours.

At first he did not want to come out of the carrier. He got all stiff and they had to drag him out. But they weighed him and listened to his heart and admired his teeth and, most importantly, gave him treats. They said he is really a big kitten. He is about 9 months old.

We were guessing he was young by the way he chases his tail and pounces on things and whips around the house and sticks his paws under doors and down drains. And sure enough.

Now all he needs is a name and surely that will come to us.

My friend Susan at work suggested Cheezit. I was kind of pushing Frampton because at first, when he got to our house, he was kind of exhausted for a day or two. But then, like Frampton, he came alive.

Of course the biographer of Leonard Pennario should not have a cat named Frampton because of how Pennario hated rock music. Prudently Howard said no to that name.

There is also Tigger which is what the cat was called at its foster home before he joined us. And Tiger, suggested by my little nephew Georgie, which was funny because I had been thinking that name, too.

Long story short, right now the cat is documented at the vet as Orangey because that was the orange tabby cat who acted in "Breakfast at Tiffany's" ...

... and "The Incredible Shrinking Man."

The good news is, Orangey, or whoever he is, is ours.

And he is fine!