The grasshopper and the cat 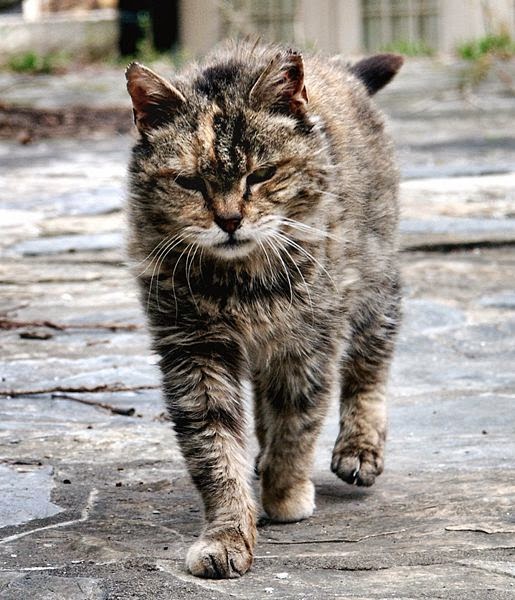 Taste of Buffalo, which took over downtown last weekend, left our cat out of sorts. I do not know if I have mentioned we have a cat. It is a stray who adopted us! It is the Bean Alley Cat because it came in from Bean Alley. That is not our cat pictured above. But our cat has similar coloring. It is a beautiful sort of tiger cat.

My sister Katie was adopted also by a stray cat. Here is a file photo of Howard with her cat, Jinx. That is my brother Tony asleep in the background. 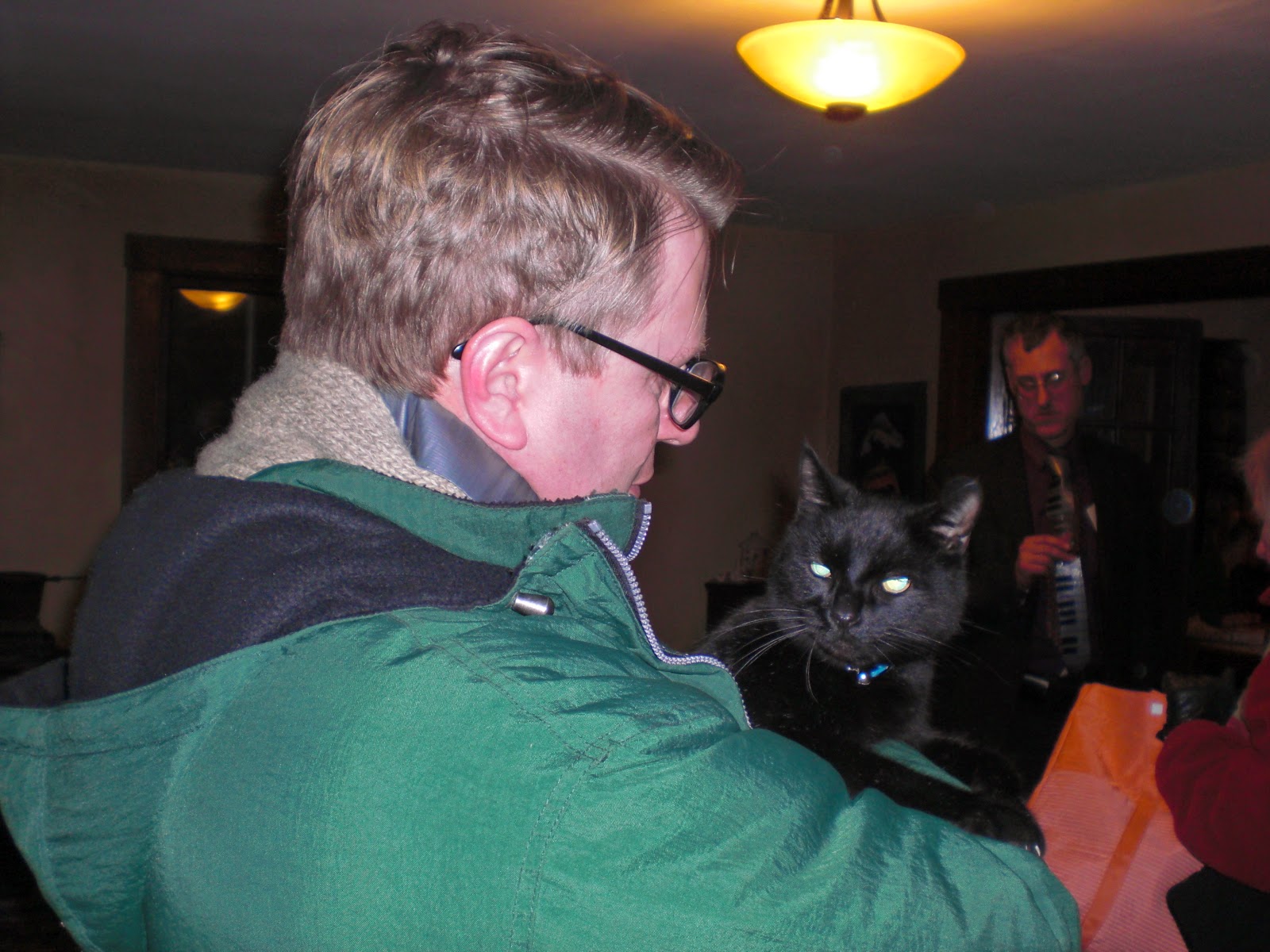 Anyway. Our Alley is recovering now but for a couple of days she was acting sort of zonked.

I think it was the noise and the madding crowd. The cat is used to peace and quiet and now there was this generator roaring round the clock just a couple of feet from her territory. Generators are the noisiest thing in the world and the people who run them never give that a thought.

I am bothered by loud noises as Leonard Pennario was too so I think the noise was the culprit. But there is also the chance that the cat went out and dined off the fat of the land, and ate something she should not have eaten. Howard thought that was the case. Whatever the reason it was breaking our hearts because this cat is the sweetest cat in the world and you hate to see it under the weather.

However. Now she is better and today she felt good enough to torture a grasshopper.

Nature is not pretty!

The cat never missed! That was what Howard said. I actually did not see this. He told me about it.

Once the cat grabbed the grasshopper and thrust it into her water bowl. It let it drown but then pulled it out before it was dead. And the game began again.

Lucky that cat it is not 100 times our size.Our relationship with it could be quite different, you know?

But there was a positive side to the grasshopper incident.

Our cat was feeling good!