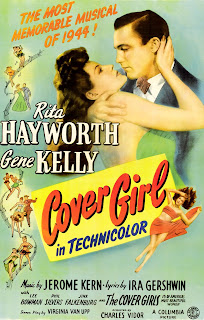 There are so many movies on YouTube! It is pretty exciting.

Last night Howard and I watched the first half of "Cover Girl."

It stars Rita Hayworth as this chorus girl who has this romance going on with Gene Kelly, but then she becomes a cover girl on a magazine called -- I love this -- Vanity.

It won the Oscar for Best Score in 1945. Leonard Pennario was overseas with the army otherwise who knows, he might have won Best Original Score for something! 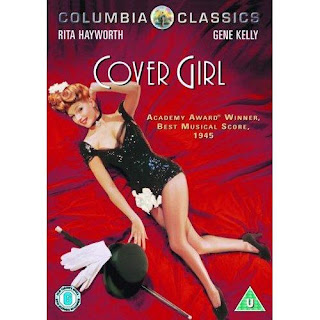 Imagine the competition back then! All the music was good. Howard was imagining the behind-the-scenes conversation: "Knock out some songs for this movie, can you?" Then you end up with these classics. "Cover Girl" includes "Long Ago and Far Away." A beautiful song! 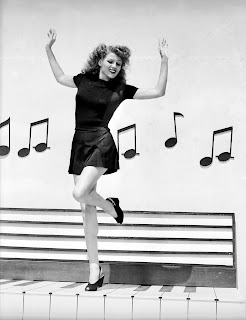 However she was married and divorced five times! Wikipedia says she said: "Basically, I am a good, gentle person, but I am attracted to mean personalities."

There is a personality defect: Attracted to mean personalities!

Better her than me!

Emm was on a musical kick last weekend, pulling out and watching several old Gene Kelly movies. I will have to tell her about "Cover Girl"! I don't think I ever saw that one either!

That is great that Emm watches Gene Kelly. Remember when she was on the Fred Astaire kick, when she was 3 or 4? She and I have always had similar tastes!