Grooving at the Pine Grill Reunion 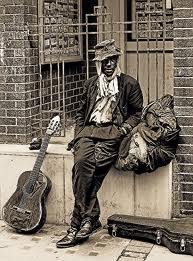 Last night I was at Martin Luther King Park for the Pine Grill Reunion. It is a gutbucket jazz and blues festival, in case you are from out of town I went with my brother George and we brought the little ones, Barbara, who is 8, and Georgie, 5.

The great thing about the Pine Grill Reunion is that the kids play and we enjoy the music. As long as you kind of keep an eye on them things are fine.

Right away all they want to do is meet all the other little kids. There was this little boy nearby in the crowd, sitting with his dad, and he has some red balloons on the grass next to him. Both our kids, individually and independently, gently kicked his balloons as they went past, and looked hopefully at him, hoping he would engage. He did not. He was busy eating a burger. But they tried!

Next thing that happened was, Georgie saw a group of boys who were about 10 playing football. He asked if he could join in!

And later a group said yes to him, and he played! Eventually he had to bow out -- "We got to get this little kid outta here," one of the kids was overheard saying. But it was fun while it lasted!

Meanwhile Barbara goes into a tent and starts playing video games. We were not so happy about that.

There was this hilarious bluesman I wrote about on the Buzz Blog. This is not the kind of entertainment I would have admitted to Leonard Pennario that I like, although he could have that groove. But I do!

Now I just wish it were not Monday.

"Party Saturday, church on Sunday, then you go back to work on Monday .... I'm here to tell you, ain't that the blues!

Ain't that the truth!