K is for Kmart 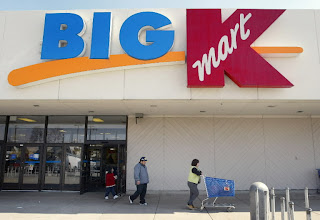 The other night when I was at my sister's, the conversation turned to shopping as it very often does. And I mentioned Kmart.

"You're dating yourself," warned my sister's friend Emily.

"You're kidding!!" she marveled.

I was not! We do have a Kmart, in North Buffalo. And yesterday I shopped there.

I have a half-assed garden going and so does Howard at Big Blue. I hate to use such a vulgar word as half-assed on this Web log but once I had a conversation with my dad about this, who I will have you know was very, very proper. And my father, God rest his soul, and I agreed that there was no parallel to half-assed in the King's English. Half-hearted does not quite cut it! That is what we determined.

For my half-assed garden, I was looking for some tomato plants. I have cleared away the Bishop's Weed from a little plot around the side of the house and there is a big magnificent sage plant there. Last night, I was inspired by my sister's garden of lettuces so I planted Black Seeded Simpson lettuce and also arugula. I had these seeds from whenever but had never planted them. Today I felt awed by what I had accomplished. I decided I wanted other herbs and also maybe a few tomato plants.

With which, after work today I stopped at Home Depot. But all the vegetable plants were picked over and besides, the line was long and there was no purchasing to be done. You know what, I can never figure out why stores let this happen. They lose so many customers because who wants to face a long line.

On the way home I passed Kmart.

Hey, why not? It was a nice night. It reminded me of when I was a kid and sometimes we would go to Kmart after dinner. I pulled in. I parked.

They had all these plants in front of the store, same as Home Depot. I walked up to where they had vegetable plants. Admired the cauliflower plants even though I am not growing cauliflower -- no room, I must needs be choosy. Plus I have grown cauliflower before. Been there, done that.

Then I saw one (1) six-pack of tomatoes.

Better Boy, was the variety. Whatever, I do not need heirloom tomatoes. It was beautiful and simple. I counted them up, six tiny, healthy plants. There was only one pack, too. Not even ... 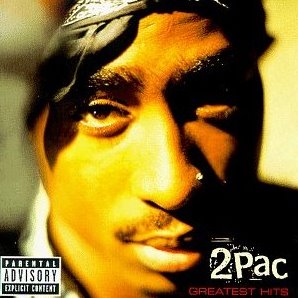 ... two packs! So I was not tempted to overindulge as I have been in other years.

I went to the checkout. There was just a short line. I bought them.

Grand total spent this year on my half-assed garden: $2.15.

More money to spend on my Leonard Pennario habit, buying records and pictures.