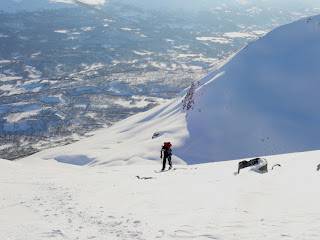 Today I mismanaged my Saturday as usual. I am so used to my over-compartmentalized, overbooked drudge life that when I actually get a day without structure I panic and do not know what to do.

My No. 1 mistake was I went skiing with my brother George.

I do not mean downhill skiing as in Kissing Bridge. I mean, ahem, Nordic skiing. George and I like to ski around Delaware Park. We did it last Saturday without incident and today we decided to do it again.

As we entered the park with our skis we gloated about how today would not have been possible without last week. We had gone skiing once this season and so we could do so again.

Once I got started, though, I realized my mistake.

Son of a rum-guzzling sea cook, I was cold!

My hands were the worst. I was wearing these mittens and I thought I was fine. These were warm woolen mittens from a garage sale. Remember, that garage sale where I bought all those clothes?

I told George I was going to speed up and see if I warmed up. But I did not! What a nightmare. Finally I told George I had to turn back. And I did. Above is a picture George took of the incident. It shows how far from home I was.

George laughed about it with Howard later. He said I was off like a shot. Like an Olympic skier! I went flying back around the park and did not stop until I was home.

Home!! On the couch.

That is what my little nephew George Andrew said after something or other he didn't like. I think his sister hit him or something. Now we all say it in the family. "Didn't like that!"

George came back to get his extra clothes and the copy I had promised him of Leonard Pennario's "Concertos Under the Stars." He teased me about what a wimp I was, how unprepared for the cold.

Then I went to Zumba and exercised like a normal human being.

Then I took my mom to Albrecht Discount. I bought dark chocolate and a cauliflower and a ham. And I made dinner. And we went to the Philharmonic. And the day passed.

Just two weeks left to the year. It is flying.

With my freezing fingers.