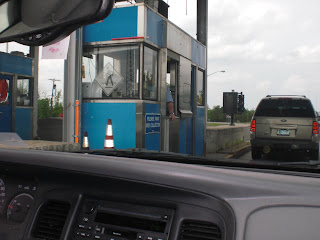 I went with Howard to his chiro appointment in Rochester and on the way we admired the vintage New York Thruway infrastructure. How about that toll booth above? My brother George figures the tollbooths date to the start of the Thruway system. The first stretch of the Thruway was finished in June 1954. That was the same month Leonard Pennario played for 18,000 people in Chicago. But I digress.

But I digress. Isn't it fun saying that?

I took some pictures of the 90 as Howard and I were driving to his chiro. 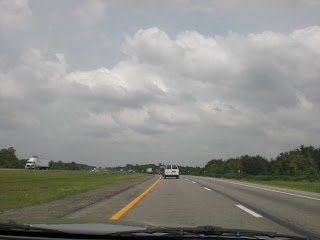 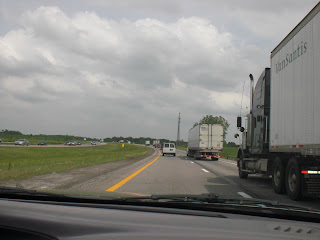 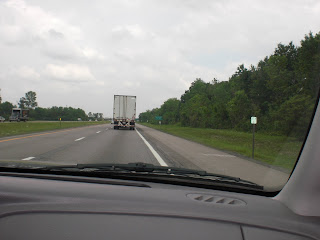 Before we knew it our exit approached. 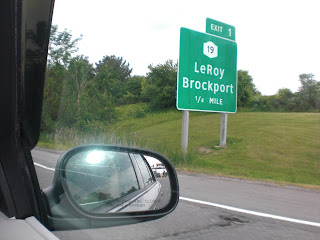 The toll booths came into view. 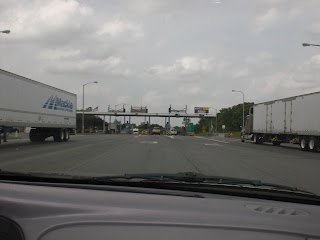 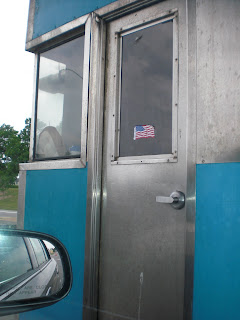 Fast forward to Howard on our way home. 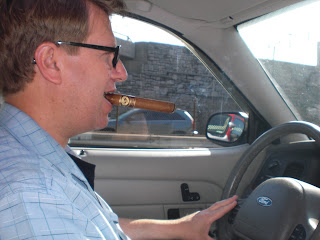 Enough excitement for one day.
Posted by Mary Kunz Goldman on June 04, 2010

Nice pictures. It seems like they would have been able to afford new booths by now though, lol.

I wonder if driving round-trip to Rochacha for the appointment might be counterproductive to the chiro outcome?