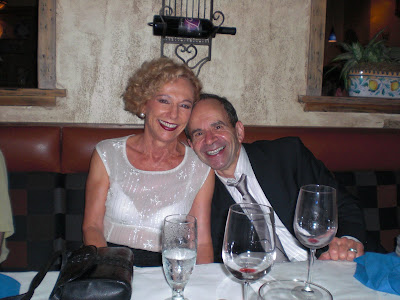 Yikes, I am up late today! Yesterday I was up at 5:30 a.m., making coffee, working on my book, feeling virtuous. Ha, ha! I was trying to type virtuous and I typed "virtuoso" by mistake. I did it twice! That is what happens when you are working on a book about Leonard Pennario.

I had a late night last night I went to UB to go to the recital of my friend Stephen Manes. He played Chopin and Debussy. I told him I loved his Leonard Pennario repertoire and he did not know what I was talking about but pretty much all of what he played, Pennario recorded, which is one reason I enjoyed the recital so much!

Here is Pennario with the first Chopin preludes. Stephen played them lastnight.

Stephen is my piano teacher who, I have written about him a lot and griped that he went to California. He and I went to California at the same time, how about that? But we went to different places. I went to San Diego and Stephen went to Los Angeles because he was marrying Marta and that is where she lives.

Howard horsed with the piano. 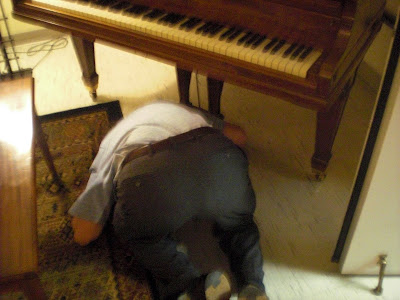 I took a picture of myself in the mirror. 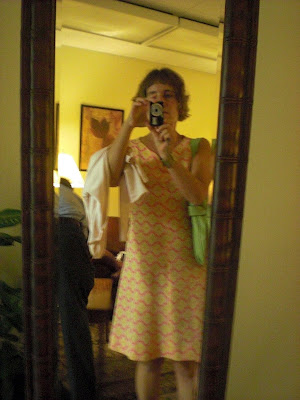 We were the things that would not leave!

A group of us gathered afterward at Trattoria Aroma where I took the picture at the top of the post of Stephen and Marta. They got there first because Stephen knows his way around Buffalo better than anyone. He said that people who live here were asking him for directions! It happens every time he is in town.

Here is a picture I love! You can judge the amount of Chianti we were burning through by the number of empty wineglasses. 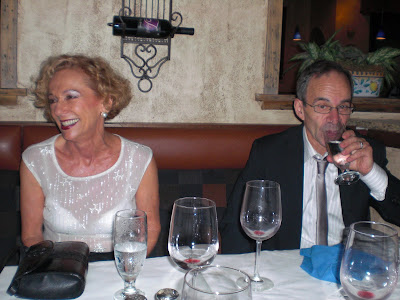 Here are our friends Jonathan and Elise. 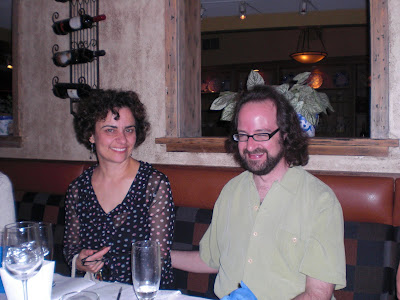 There were about 12 people and many of them I had not gotten to talk with that much so that was a lot of fun for me. And at Trattoria Aroma I always feel as if I am in a movie. Anyway, a wonderful evening. I keep thinking about it.

Sometime during their visit Marta and Stephen have expressed a desire to see Big Blue. That is because of Facebook! Howard and I keep writing about Big Blue and they keep reading it.

They especially want to see the smoking chair. Howard has written about its odyssey!

From the piano bench at Slee Hall to the smoking chair at Big Blue.

It just gets better and better!
Posted by Mary Kunz Goldman on September 23, 2009

No one at your table wearing hats in the restaurant last night!