Company in the pew 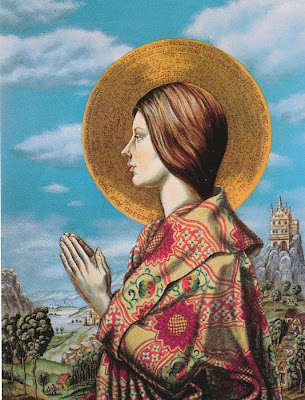 With the excitement of my weekend and all my cooking and cleaning and talking to Leonard Pennario's cousin, I forgot to mention one thing. My Facebook friend Toni Taber joined me for Mass on Sunday!

This was a big deal in my life because no one ever goes with me to church.

My Facebook friend Toni Taber had dropped hints on Facebook that she wanted to go to the Latin Mass but I never thought much about it. And when I walked into church and saw someone sitting in my pew I still did not think about it. All I thought was, darn, someone is in my pew.

I have my own pew! It is in the front on the far right two pews from the front. That is a word I love, pew. But it is taken, so I walk up the aisle and kneel down in the pew behind it. I never really looked at who was in my spot.

And we are praying the Rosary. I am late as usual because I was working on my book which, I promised myself I would not do that on Sundays before church but I cannot help it. And after the Hail Holy Queen the gal in front of me turns around and says hello to me.

And I realize it is my Facebook friend Toni Taber! I had met her once before and when I looked at her I realized who it was.

So I joined her in her pew which, let us not forget, it is really mine. Here is a picture of me and my Facebook friend Toni Taber in our pew. 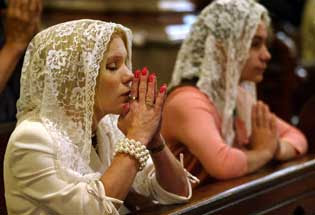 Only thing is, I wish that the one Sunday when I found myself with company at Mass, that I had had my act more together. Number one I was late for the Rosary, whereas my Facebook friend Toni Taber was already there. She had Mapquested her way from Lancaster! She told me that.

Also when I moved up a pew to join her I forgot my Rosary case in the other pew and a gentleman had to tap me on the shoulder and hand it to me.

Also it took me forever to find the readings in the missal. That is normal for me but I do not like others to witness my disorganization.

Plus I had sneakily to write my check for the offertory during the sermon because I could not get my act together to do that beforehand.

And on top of all this I was in the sermon! The priest mentioned "a parishioner" and it was me! There was this story I had told him and he began telling it to everyone else.

This had never happened to me before. I was so startled that I grabbed my Facebook friend Toni Taber and whispered, "That's me!"

My Facebook friend Toni Taber must have been thinking, what in the world?

Then I could not really fill her in on everything that was going on because you do not talk in a Latin Mass. Well, I was remembering the first time I went to one and I was so lost and being lost was part of the thrill. So I pointed out a few things here and there ... "Pssst, we're at the Our Father" ... and left it at that.

But it was kind of interesting for me because it made me remember the first time I was there, by myself, of course. All the candles and incense and secret prayers and all the power and mystery. You are not used to that.

My Facebook friend Toni Taber did fine. She even pitched in and competently sang a few responses. And she sang part of the Gloria. I could not believe that! No way could I have done that, my first time around.

So it was as if we went through this tunnel and then I went home and walked in the park with Howard and my Facebook friend Toni Taber went home because she had to meet the guy from Time/Warner.

After all that beauty and mystery... 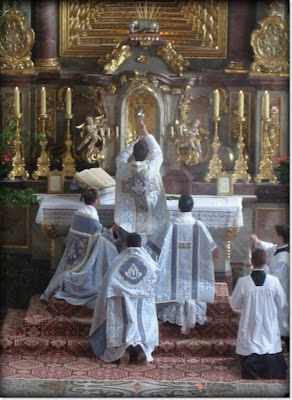 ... it is back to our everyday lives. There is always this shock after Mass. I always come out feeling a little dazed.

Speaking of dazed and shock, zut, today, all this work to do. I wish I had an intern, you know? Someone to bring me coffee and stuff.

Fie on three-day weekends! When you have a holiday the work does not go anywhere. It is just compressed into four days instead of five.

Holidays, who needs them?

Wow Latin and the ladies getting their heads covered, I didn't know anyone did that anymore