Live and on the air 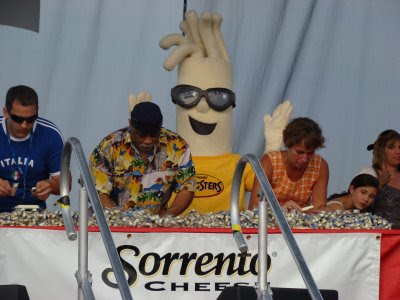 What a morning! I was just sitting here listening to myself being interviewed on the radio. But not about Leonard Pennario! About the Cheese-Building Competition! That is me on the right in the picture above, in the plaid dress. I am always running that picture because I am so proud of it.

The competition is tonight at the, ahem, Sorrento Cheese Italian and Heritage Festival.

Once again I go into battle for St. Anthony of Padua. If I win the church gets $1,000! That sum should cover me for a lot of lost objects.

Once again I face off against titans of the cheese-building world, this time including WBEN-AM's Steve Cichon. He was the one who interviewed me! Steve called me in the middle of this busy day yesterday and I talked to him without any preparation whatsoever which, that is the best way to do these things, because who cares if it is not busy, it is over. That was just one other thing I did yesterday. I hardly thought about it.

In the interview airing today Steve edited me cleverly so I sound really witty. He has me saying something about how the cheese sticks are slippery and they are affected by the barometric pressure. I do not even remember saying that! But there I am, saying it.

That is life at a daily paper. You are always flying by the seat of your pants! And if you screw up, so what, tomorrow is another day. That is the beauty of the business.

What is funny is that this announcer on WBEN, Steve Cichon, he is one of my friends on Facebook so I feel as if I know him even though I have never met him.

Here is a picture of Steve Cichon, my Facebook friend. He is on the left. I do not know who the gentleman is at the right but I am sure he is someone extremely important. A VIP as we like to say here in Buffalo. 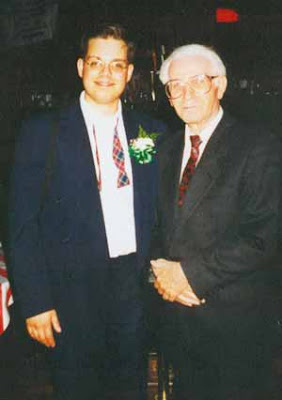 My mom laughs derisively that Facebook is this crazy fad. But it has been great for me, I will tell you that right now.

I also made friends with Mark Wozniak who is the biggie over at WBFO-FM and other radio and TV types, it is amazing. You clown around with each other on Facebook and before you know it you know each other and you are working together. 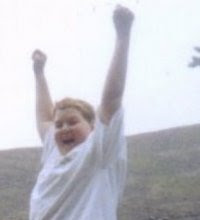 Here is a picture of my Facebook friend Mark Wozniak from earlier radio days. 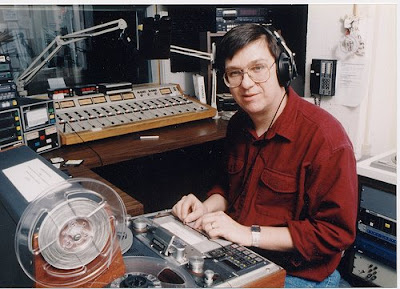 Ha, ha! I have been looking and looking on the Web for pictures of Buffalo's Italian Festival and the best one I could find was this. 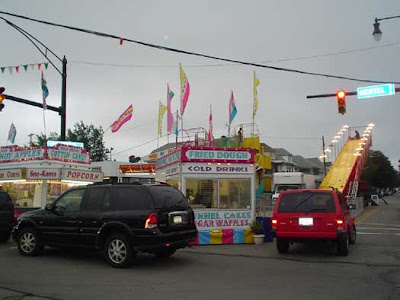 Can you believe it? Gloomy day, cars parked, fried dough.

I will take a few tonight, after I ace that competition.
Posted by Mary Kunz Goldman on July 16, 2009

Good luck in the competition, Mary!

Really, I do not know from 'Cheese Building' competitions but, I do know that I love the way Leonard plays the Paganini. Yes, that is an awesome piece of work!

The guy next to me is Ed Little. This was the night he went into the Buffalo Broadcasting Hall of Fame. He worked in radio from the 1930s up until his death in 2000.

Good luck , Mary. You'll need it being cheesier than me.

Got to love the Cheese-building smack talk. "Stick" it to 'em