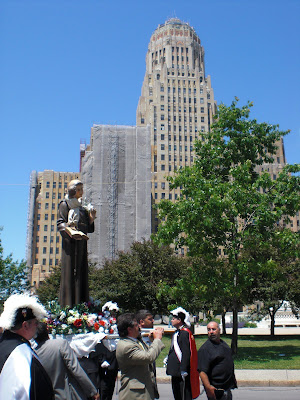 You know me, party like it's 1399! Sunday at noon, ignoring the Allentown Art Festival, I went to my church's St. Anthony Procession. I have mentioned my church before. It is St. Anthony of Padua!

This was my chance to thank St. Anthony for all the lost objects he had found for me in the last year which have been very many. Also it was my opportunity to butter him up for future occasions. My life's a beach, I will tell you that. The tides wash in, the tides wash out, and important things are constantly disappearing. St. Anthony may as well change his mailing address to my house because he is always here.

Also, you would never guess where St. Anthony was born. He was born in Lisbon! St. Anthony, Portuguese. Who ever would have guessed?

I used to live on Lisbon Avenue. And Leonard Pennario was baptized at St. Anthony's Church. Where is this all heading? Talk about a life of coincidences.

But anyway. Back to yesterday and our march downtown. Traffic and buses came to a halt for us as we asserted our supremacy over Niagara Square. 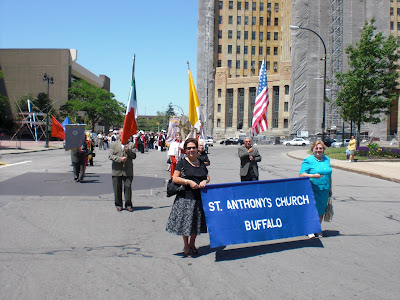 We circled the square, led by Padre Secondo shouting mysteries of the Rosary through a bullhorn in Latin and Italian, with just enough English thrown in to balance things out. That is Padre Secondo with the microphone and an assistant holding his robe. See, everyone else's life is boring next to mine. You do not have to tell me! 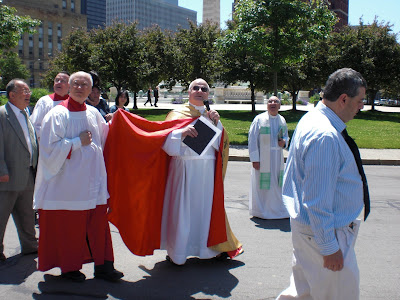 Here we are aggressively marching on City Hall. In this picture you can see Padre Secondo's gold vestments. 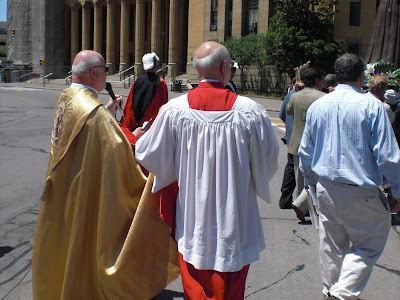 We were a colorful crowd. 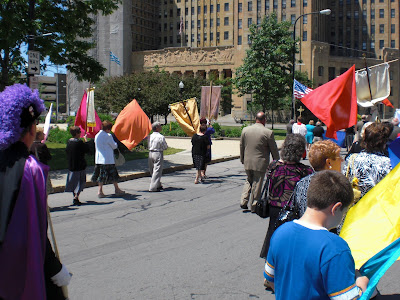 I asked this kid if I could take his picture and he said yes. 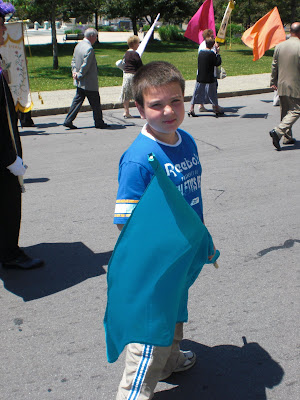 What with all the government buildings around, the good padre prayed loudly and freely for our government officials, Homeland Security, the police and the FBI. He also prayed for the courthouse going up but prayed that it would not see much business.

If we had just gone down Delaware Avenue a little ways we could have prayed for Big Blue where Howard was relaxing like Gomez Addams. 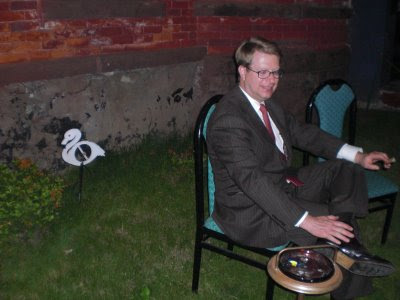 But alas, we did not. 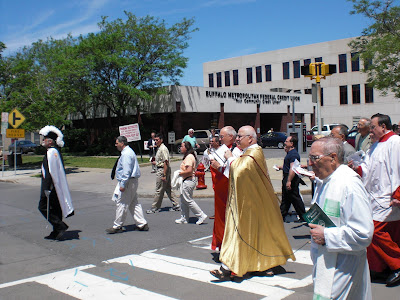 After teaching the neighborhood a lesson we rallied back home at St. Anthony's Church. 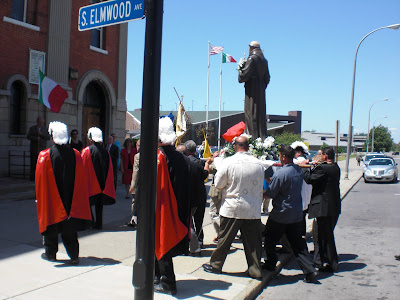 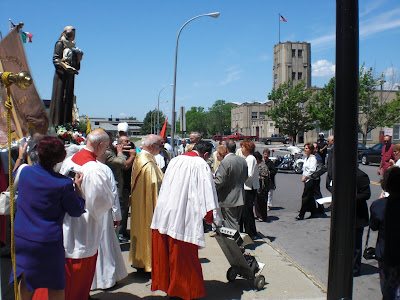 At the end of the ceremony Father Secondo blessed us. And then he shouted: "Viva Sant' Antonio!" Which we all echoed!

Ay me! Am I in Buffalo, or in Tuscany?

I beg of you (a phrase as antique as "ay me") to not pray for my lost moral compass. I don't want it back. It was a millstone. I prefer to be a WNY version of "that demmed infernal Pimpernel..."

That looks like quite a 'happening'. And that sure is a cool ashtray that Howard is using! :)

what is St. Anthony's food? A bread, a pastry or a fish? Trust me - there is ALWAYS a food associated with an Italian saint.

I love St. Anthony's downtown - the whole place looks like it was lifted right out of a Roman neighborhood. Anthony of Padua was also a very cool dude who still likes to help out today.

Even a sinner such as I asks St. Anthony to pray for me, to great effect.