In the spring, a young man's fancy... 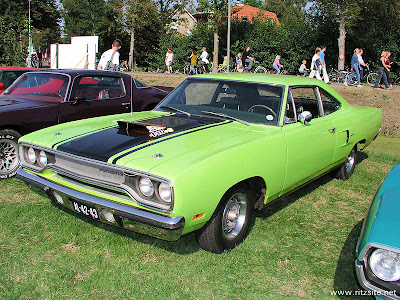 ... lightly turns to thoughts of muscle cars. That is what Howard wrote on Facebook.

Howard I once owned a 1968 Plymouth Road Runner. The guy thay had it before me won many trophy's with it, and he also had Souped this car up. It was one of the fastest vehicles I ever drove. I actually did 160 MPH thru the Callahan Tunnel in Boston.

LOL Regretfully I drove it thru a store window one night after totalling two other cars and it wasn't even my fault.
But you are right Spring time is that time of year.

Howard replied to Kenny and complimented him on having invented the drive-through window. Ahahahahaha!! And the story continued:

That was beautiful Howard! :) Yup, I invented the drive thru window, and when the store owner called me for my insurance info he was laughing, I asked him why, it was a shoe store, he said they had just finished fixing the front window from the last accident, and when the bar across the street emptied out, all the shoes were taken. I had a 383 ... Read MoreMagnum in that car, Holly Duel Feed 4 bbl Carb, and dual point distributor. Mag wheels, dual exhaust, glass packs, electric fuel pump, big air scoop the works.
And my choice of any girl from the corner on any given night, lolol until I wrecked it :)

How Buffalo! It is is amazing that the city that produced Leonard Pennario also produces stories like this.

Above please find a picture of a Plymouth Roadrunner such as this guy inadvertently drove through a store window after totalling two cars and it was not his fault.

Here is a picture of Howard and his '72 Javelin. This is not to be confused with the '71 Javelin with which he used to break speed records driving to Niagara University and which he totaled twice. 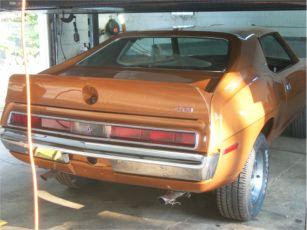 I was thinking about the '70s just the other day. That was because I was able to get my hands on a whole pile of letters Pennario wrote to the composer Miklos Rozsa. Rozsa is famous for his movie music. He won an Oscar for "Ben Hur." Anyway, there is one letter dated March 24, 1972 that Pennario wrote from the Lord Amherst, the classic motel right up the street from the house where I grew up. Here is a picture of the Lord Amherst which has not changed a bit through the years as far as I can tell. 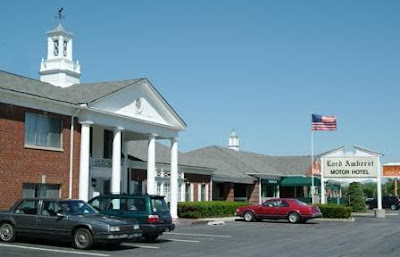 That year I would have been 9. I was in school at Christ the King, almost directly across Main Street from the Lord Amherst. When Pennario was checking in to the hotel I was probably right there, in my plaid jumper, running around the schoolyard. That is funny to think about. Here is a picture of Christ the King. 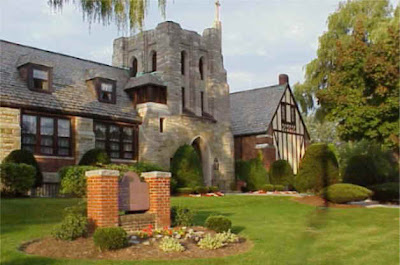 Christ the King has also not changed through the years.

But wow, the rest of the world has sure changed! It would be fun to go back in time to 1972 and go through even one hour, looking around you. Listening to the pop music, looking at the cars. How different the world was back then. No Internet. No helicopter parents. Kids and dogs running around free.

Spring is awesome, indeed. It is my favorite season. The early 70s (70-71) and muscle cars was quite a ride. And do not forget the 60s cars. They were true pioneers and jewels. 1972 was the year that the compression ratios were lowered in all the cars and it marked the end of true muscle for everyday cars. Fortunately, quite a few of them went through my hands. The first was a new 1965 SS Chevelle! My father used to build race engines when I was a kid, and I followed suite. The most awesome thing I ever saw/built was a 1965 442 with a bored out 455 (468 c.i.). That was in the 80s.
Ah, the joyful memories of an era long gone! Empty, wide open roads where you could 'fly low'. Never to be again. :(

Mary I cannot believe you, 9 years old in 1972? I would of never guessed it, I always figured you to be barely 30, but wait, if your really that old how come you aren't sick of the party scene yet?