On this Dyngus Day 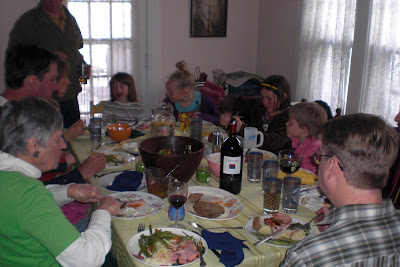 I went to Dyngus Day with my friend Mary Wozniak who was the City Hall reporter at the Niagara Gazette. I think I went with her. Now I do not even remember. It was a crazy night, crazy. There was about an inch of beer on the floor. My shoes were totally ruined. I mean, I had to throw them out. Everyone was soaked with those water pistols too. At one point Mary and I went behind the bar and just started robbing beers. Old Polish men were cheering us on.

For weeks afterward, guys were calling me whom I had apparently met at Dyngus Day and given my phone number to. I went out with one of them twice or three times, something like that. But he was not Mr. Right.

I do not usually go out on Dyngus Day anymore. It is just too nuts for me. Just the way I do not go to New Orleans at Mardi Gras time. That is just me.

Here on the home front, I greet Easter Monday with joy in my heart. Because yesterday, preparing for the onslaught of relatives, I cleaned the house.

Last night I was so exhausted, which you can tell my my unintelligible post about elephants and jiggers, that I totally forgot that I would awaken to a house that is not exactly shining, but which you can walk through without it being a fire hazard every step of the way.

That should have been what I wrote about!

I actually polished the bathroom floor! That is something to report. And I cleaned all this stuff out of the living room that should not be there including a gigantic stack of food magazines and about a hundred Leonard Pennario albums. I put the Pennario albums where they are safe and the food magazines where I would actually use them.

Hence my exhaustion last night when I was writing. There were pictures in my camera I wanted to share, pictures of my crazy weekend, but it had gotten to the point where I could not get up and get my camera. I could not do it.

This morning things are different and the world is my oyster.

Speaking of which here are the windows of Troop I on Franklin Street where we went for a, ahem, seafood dinner on Friday. It is a privilege of living in Buffalo that you can dine on a budget in a grand mansion built when Johannes Brahms was alive. That is what I put on Twitter. 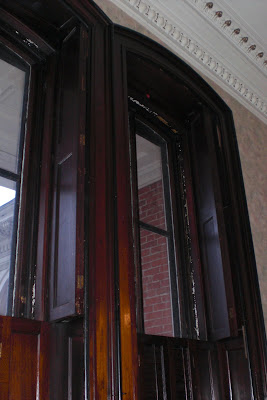 The fish fry at Troop I got my weekend off to a wild start, that is for sure. It is a story all in itself and I do not think it can ever be told.

The funeral we went to Saturday was in Perfectville and I had never been there before so I took this picture. 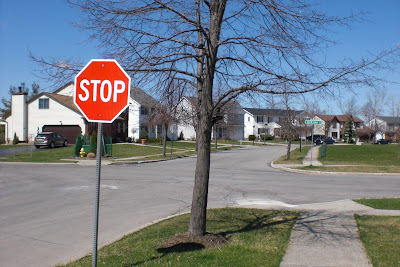 Here is Howard standing where the sidewalk ends. They do not need sidewalks in Perfectville. As a matter of fact I think this is where the Chopin Singing Society is now, after moving from the Polish East Side. 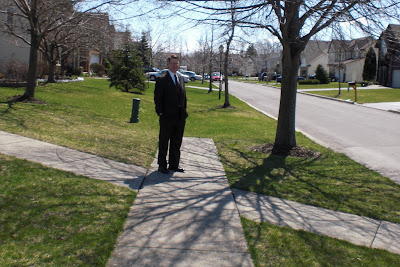 Luckily after all this drama everything worked out fine. Voila the Easter dinner at the top of this post. That is our Barbara at the head of the table! Right after that picture she was yelling and screaming and being a major pain but at that moment everything was fine.

Last night late it took me about two hours to clean up after everything. But today, a new day dawns.

They say that Easter is a time of rebirth.

They are not kidding!