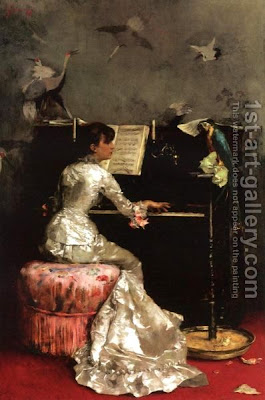 I am in another intensive book week which has put me into a complete daze. You would not believe how big a daze I am in.

Yesterday my cell phone rings and there it is on the screen: "ORTHO." I did my usual apologizing and we scheduled my appointment for today at 10:15 a.m.

Even though it was less than 24 hours away, I know myself. So I put a stick-um on my computer so the whole time I was working on my book I would read "10:15 Ortho Wed."

Lastnight I dreamed I forgot my appointment. And this morning my dream kept coming true!

I was up at 6 a.m. No problem with getting up anyway. No thought of the ortho until around 8. At that point I decided I should put a rubber band on my wrist, the old reminder trick. But I never got around to doing that.

Instead I went back to the book. I was in this chapter that opened with my going to this one strange movie with Leonard Pennario and I wound up sitting there with my chin in my hand, lost in thought, for about half an hour. Like this. 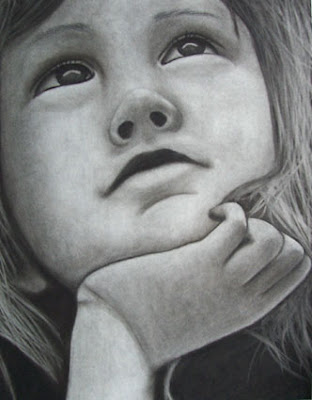 Do not click on that Pennario link above, whatever you do! It is this dreamy Chopin waltz with this unbelievably romantic middle section that Pennario plays better than anybody. Beautiful! It will derail your whole day!

Speaking of days being derailed, while I was reflecting, Howard needed to use the computer. So I took a shower. In the middle of the shower I remembered: Ortho!! I jumped out of the shower and checked the clock. Whew! It was only a little after 9.

So I go downstairs and eat strawberries and read the Wall Street Journal. There is this big story about Andre Previn. I cannot believe Previn is 80. Now I start planning how to talk to Previn for my book. He is performing tonight at Carnegie Hall with the great cellist Lynn Harrell and I have already talked to Lynn Harrell, who had great thoughts on Pennario.

Remember when I thought it was Lynn Harrell calling me and it was HSBC?

Here is a picture of Lynn Harrell who told me wonderful things about Leonard.

Zounds! What about the ortho??? I had completely forgotten!

I checked the clock. Thank goodness, I still had 45 minutes.

Howard was still on the computer. So I drifted over to the Steinway and began to play Brahms. At the top of this post is a picture of me in my nightgown at my 1905 Steinway playing Brahms. There are these four pieces in Opus 119 that I love and I am memorizing them, here and there, bit by bit. I began playing the second one. There is this beautiful waltz in the middle and I went back and played that again just for the pleasure of it. Then I played the left hand by itself several times. The left hand part is beautiful by itself!

Then I decided to listen to one of Pennario's records because I have this yen to hear him play Liszt's arrangement of Schubert's "Serenade." Click on that link to hear it. You will recognize it! Anyway, I got up from the piano. Pennario had two copies of this particular record but only one of them was opened so I went looking for that. I found it and as I took the record out, I got a little emotional. These were his own records, and --

It was five minutes until my appointment!!

And I was still in my nightgown!

I flew upstairs and downstairs and out the door. And I made it. I think I was five minutes late.

Sometimes I do not know where I am!
Posted by Mary Kunz Goldman on April 22, 2009

Oh my goodness! What a morning. If it is any consolation, I too, have a difficult time, sometimes, putting down Leonard. Funny thing, while trying to get the software to work to upload the Rach 3, it was necessary to play it at least fifteen times. You would think that I would have had enough of LP's fabulous Rach 3, right? Wrong. I still find myself playing it here often and love it very much.

Glad you made it to the Ortho in spite of yourself too. Next time, I want you to put that stick-um on the end of your nose and try forgetting it then! :)

Anticipating the book is so exciting! I keep wondering if you are going to visit the Norfolk, VA area so I could meet you.

I like reading Mary's blogs too Larry C. But sometimes I can't help but wonder what she would write like if she had married Jeff Myers. Would she be writing about the Grateful Dead show last night or would she just be writing stuff like dude Pennario was so cool, better than the beatles, dude was so hot.

Larry, I am so glad you can comment and thank you so much! That would be fun to come down to Virginia. One of Pennario's friends lives in Bethesda, Md., and I was thinking of going down there and seeing her. So watch out!

Anonymous, I wish I had your name so I could credit you on the book jacket for the marvelous quote: "dude Pennario was so cool, better than the beatles, dude was so hot." I love that!

It seems like I once read somewhere that you (Mary) were going to do a tour of sorts to promote the book when it was published. That is what I was thinking about. If you were to do that, it seems logical to expect that Norfolk might be a stop. Newport News, Hampton, Portsmouth, Va Beach and Suffolk are nearby and together these cities make up 'Tidewater' or 'Hampton Roads'. Any of them are only minutes away. But yes, I would really love to meet you. It seems that I already know you now. :)

Mary said:
-quote-
Anonymous, I wish I had your name so I could credit you on the book jacket for the marvelous quote: "dude Pennario was so cool, better than the beatles, dude was so hot." I love that!
-unquote-

Yep. That would really be cool!

But I came back to correct myself for when I said something about your loving those Brahms waltzes. Well, of course you do. So do I. But I meant to write, "Chopin waltzes". Just for the record, lol.

Oh, but Larry, I love those Brahms waltzes! Off "The Two Pianos of Leonard Pennario." I link to them all the time. Thanks to you!!