We begin to discuss miracles 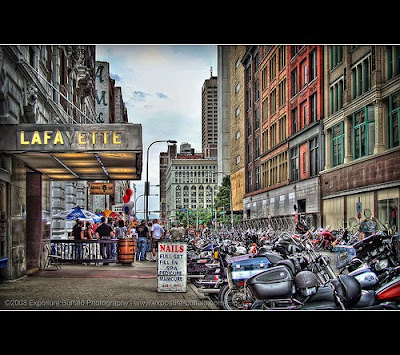 As we count down to Easter it is time to talk about miracles. It can be like last October when we talked about the supernatural on a daily basis. Miracles are especially good to talk about on a crowded weekday morning because now is when we need the reminder that there is something out there bigger than we are.

What about Smokey Robinson and the Miracles? 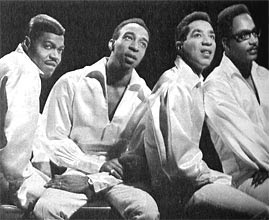 This was the spring of '99, in case like me you have not yet had enough coffee to do the math without assistance. I had just broken up with this guy and I was going forward trying to do things to make the breakup stick. You know how you can get addicted to someone just because that person took up space in your life. That was how it was in this situation.

One thing I did was enter the, ahem, Van Cliburn International Piano Competition for Outstanding Amateurs. I should stop and emphasize "amateur." The other day my friend Art, when we were in his kitchen preparing my appetizers for his dinner party, he said, "So you were in the Van Cliburn Competition, with Leonard Pennario as a judge?" No, and no! The competition Pennario judged was the competition that makes headlines, the one not for amateurs.

But the amateur competition -- this was the first time they held it, in '99 -- was a big challenge for me because I had not been playing piano for something like 20 years. I figured that practicing for it would keep me off the streets and away from the guy I was trying to break up with. I was right about that! But that is a whole other story.

Back to my miracle. The other thing I did besides enter that competition was say a prayer.

I said it about a week after I had broken up with my Mr. Wrong. I had just come back from this stupid date with this guy I had met, I remember this, on St. Patrick's Day, at the parade. I had met him in Colter Bay or somewhere, and he was just wrong, which I knew within two seconds when he met me again at the Lafayette Tap Room. That is the Tap Room pictured above. Someone did a painting of me!

Anyway, after my silly date at the Tap Room I was standing in the upstairs hall of my house. I was already living in this house. And I said, "God, please find me someone decent. It's time."

I wasn't angry or depressed or anything. I was just being practical. "God," I said, "please get me someone cute and smart and kind. It's time," I repeated. "I am tired of wasting all this time on all this. I want this settled and I want someone good. It's time."

Something like two days after I issued God that gentle reminder, I went to Fanny's to hear the great jazz pianist Al Tinney and that was where I met Howard.

Here is a picture of Fanny's where Howard and I met on adjacent barstools. 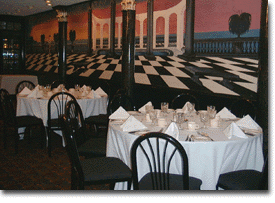 Which, I know you could say it might have happened anyway. But something Howard said brought that prayer back to me. We had been going out something like two months and we were talking about that and he said, "I don't know what it is. I get this funny feeling that some higher power is controlling me."

That was when I remembered that prayer!

Isn't that weird? A little while ago one of my friends, we were having a glass of wine, and she was wondering aloud how she should go about finding someone right. And I said, "Have you tried praying about it? You should say a prayer." I said, "It worked for me."

We are sort of shy about saying things like that but maybe we should not be.

The truth is, something is out there, and it is for real.
Posted by Mary Kunz Goldman on March 25, 2009

Now this was a really great post Mary!!!! I for one, am a very great believer in prayer and also in miracles. Thanks for this great and uplifting post!!

"Do you believe in miracles?"