Close encounters at the Roycroft Inn 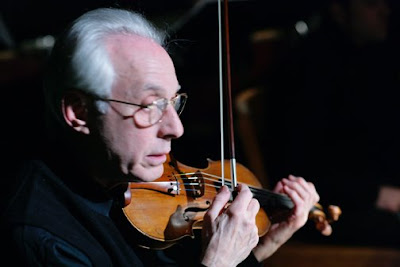 Charles Haupt
I am loving this month of October. I love the smell of the air in the morning. And the sounds of the crows and the geese. And the bottle-for-a-buck sale at Premier. And the spooky stories!

Today I will tell the story of that East Aurora ghost walk and what happened to me that night.

Mason was leading that tour and the tour group was convening at the Roycroft Inn -- a site chosen, I suspect, because it is home to the ghost of Elbert Hubbard, who went down on the Lusitania. Note to out-of-towners: Buffalonians get to drop names like this into casual conversation and everyone you talk to knows what you are talking about.

I tried to get Howard to go with me to East Aurora but at that time Howard was being a schuft -- I will use Beethoven's spelling -- and was not going anywhere. This was before we were married, about seven yeard ago. Howard has since learned not to be a schuft. Anyway, I had never been to the Roycroft before and it seemed very strange and beautiful, all polished and glowing on this chilly night. The doors are carved with a very odd saying. I think it is: "Choose Good People, The Rest Follow." I pushed the doors open and went inside.

And as soon as I walked in I got really happy. I will always remember that. This lovely big room, with rugs, pianos and wooden beams, the whole place suffused with a beautiful aroma of fine food and cigars. Wow, Leonard Pennario would hate my mention of cigars. He hated any kind of smoking. We had an argument once in La Jolla when we went outside and I admired out loud the smell of a nearby cigar. Pennario would have none of that.

But Leonard Pennario was not with me at the Roycroft, either. Perhaps he was being a schuft then too. So I felt free to admire the smell of the cigars, and the food -- oh, and in the bar, there were all these handsome men, in impeccable suits, drinking Brandy Alexanders. That is what I imagine they were drinking, anyway. I was so struck by the sight of these gentlemen that I wafted into the bar to find out who they were. They were from Moog. They were having some kind of meeting there at the Roycroft that night.

Interesting people were on the tour including Charles Haupt, then the concertmaster of the Buffalo Philharmonic Orchestra, and his wife, Irene Haupt, the photographer. That is when I met the Haupts for the first time, on that tour. We laugh about it.

After the tour we all returned to the Roycroft to lounge on the couches, drink beers and discuss what we had heard and seen. Mason Winfield loves the Roycroft. It is like his center for gravity in Western New York -- a place where all kinds of latitudes and longitudes come together and spirits are free and loquacious. Again, walking into the place, I felt that sense of warmth and happiness. Sitting there with Mason and a Heineken, I confided that in him.

He said: "People often feel that way about the paranormal."
Posted by Mary Kunz Goldman on October 07, 2008

Email ThisBlogThis!Share to TwitterShare to FacebookShare to Pinterest
Labels: Supernatural