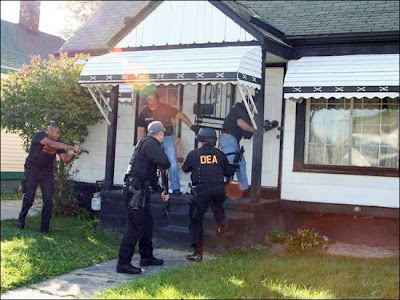 Everyone should be able to toss around the phrase "my favorite butcher." I am glad that here in Buffalo we have that privilege.

When I go to the Broadway Market I will be trailed by law enforcement throughout the country. That is because I am the tester for Howard's covert GPS vehicle tracking business, www.FollowThatCar.com. Cops (including those Detroit DEA NARC guys on the reality TV show) follow my car everywhere, which means they track me regularly to the Broadway Market. I am reminded of this when I get the inevitable call from Howard: "I see you're at the market. Can you pick me up some bacon?"

The big question then: Malczewski's or Camellia's?

I love both places. Come to think of it, Jim Malczewski is also in the running for the My Favorite Butcher award. He is so handsome. Oh. Remember Rick, this other butcher? He used to work at the sausage place where Camellia's is now. The saga with Rick was so funny and odd. All of a sudden his personality just changed. He came out, is what happened. After years selling sausages, Rick realized he was gay.

The funny thing was how it happened overnight. One week, Rick was just this regular guy, telling you in a normal voice, "Yeah, I got these pork chops here on special." The next, he was this drama queen. "Look at these beautiful sausages..." And he was joyously telling us about his transformation.

Then, next thing we knew, he was gone. Poof. Like that. He got another job somewhere, we were told. We missed him. Probably now he is dancing nude in Vegas. I heard about one nude male revue in Vegas called -- a title I love -- "Thunder Down Under." I am guessing that is where he is. Think of it, he could have his own shtick. He could be the butcher, selling sausages, when suddenly ... but now I am getting naughty. I will stop. All I will say is I hope Rick is happy, wherever he is. We loved him.

Wasn't that fun? Gossip like that keeps the Broadway Market interesting.

They should put me on the board. I would make the place successful.
Posted by Mary Kunz Goldman on August 07, 2008

Mary, you should apply for a board position! They're having so many problems now, that there is going to be a major shakeup soon. Once the air finally clears, you should apply. They REALLY need fresh eyes and new ideas there.

(from: semi-anonymous Mr. Stevens, under another nom de plume, today)
I am perhaps off-topic (though one assumes pianists are never too far off-topic here). I just wanted to alert you that the same critic who 'roasted' Mr. Pennario in the Guardian paper has (in his own paper in Philly) just raked over Van Cliburn. I attempt to include a Link below, if you care to read it and compare. http://www.philly.com/philly/entertainment/arts/20080803_A_Van_Cliburn_anniversary.html

I see my link to the Cliburn article is messed up. Anyway, at the Philadelphia Inquirer website - philly.com, just enter CLIBURN in the search box and you should get the item, which was actually written on Aug 3. I hope you are saving an autographed copy of your book on Pennario to send to this critic!

Mike's right, you should apply!

Ditto what Mike and Dub said...Howard and Mary should tag-team on the Board.

There is tons of Broadway Market gossip that can be shared from over the years. It is like the sitcom Cheers everyday. This might be a great book for you to write.

Can a butcher be refered to as a meatmonger, it sounds much more earthy doesn't it.

If we can have cheesemongers and fishmongers and mung bean mongers why not meat mongers too?