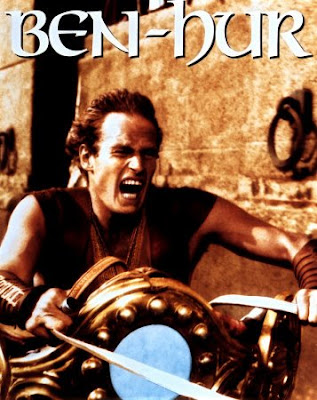 I have skipped a day! Awful! Mea culpa, mea culpa, mea maxima culpa. That is a phrase from the Latin Mass that means "my fault, my fault, my most grievous fault." I remember Leonard Pennario dropping it into conversation last winter, making me smile. He shared my preoccupation with the Tridentine Mass. I liked that about him.

Anyway, after I write this, I will proceed to cheat and write something else that can run under yesterday's date.

Under normal circumstances I would never skip a day. But everything is a little haywire here. It is unbelievable, the people who have been in touch. Once my cell phone rang and it was the actor Robert Wagner. Another time I picked up and a man said, "Is this Mary? This is Nicholas Rozsa." I said: "You must be Miklos Rozsa's son." Miklos Rozsa is the great Hungarian-born film composer who won an Oscar for the score to "Ben-Hur."

Nicholas Rozsa seemed happy I knew who he was. Well, of course I knew. I mean, you can't write a book about Leonard Pennario and not know who Miklos Rozsa was, because the piano concerto Rozsa wrote as a present to Leonard is famous in the repertoire now. The composer's son seemed just to want to talk. We were cleaning out Leonard's apartment at the time, and I went out in the hall with my phone, sat down on the floor and listened. It amazes me, how much Leonard meant to so many people. I knew he did, but knowing it on paper is not the same as seeing it for yourself.

Now here is something funny. Anyone who has ever suffered through a major death -- which this is, to me -- knows that it's kind of like going into another world. You're not sleeping right, not eating right, you've lost several pounds (yes!!), you feel your life will never be normal again -- and in the middle of this strange universe you're in and you don't know how you'll ever get out of, inevitably you get a phone call.

And it's one of your friends who has no idea that anything has happened.

"Hey!" the friend says. "What's up? What are you doing? Want to go to the Sportsmen's tonight?"

Ain't that the truth??? I have gotten a couple of those calls.

I think God puts these people there to keep us laughing.
Posted by Mary Kunz Goldman on July 01, 2008